Bernie and I went down to the Kingston pier the other morning, because we had heard that the new outrigger canoes were coming off the ship. 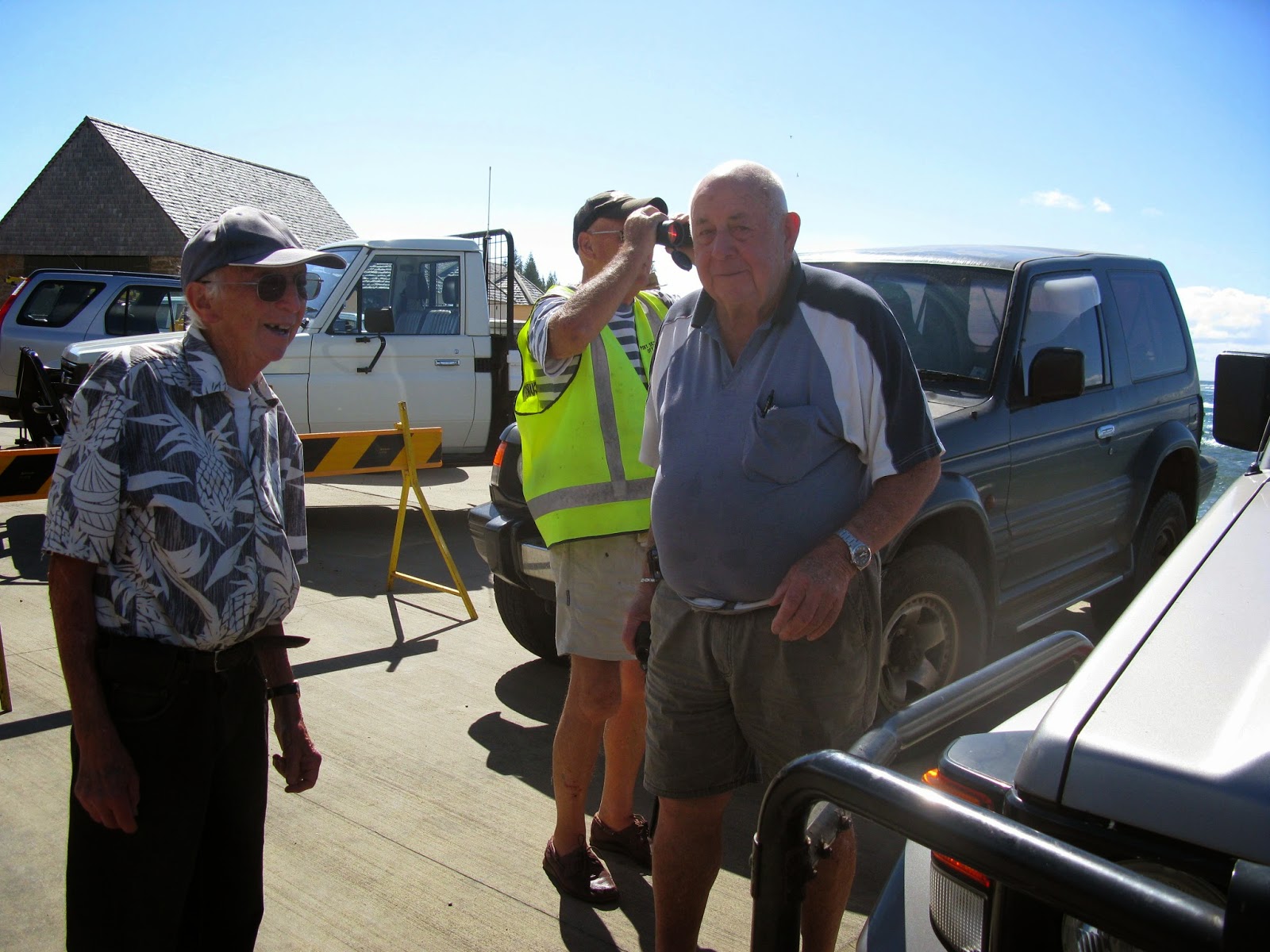 The seas were good, and there was a great deal of excitement, because the island has been waiting for the new canoes to come from Fiji, where they were made. On board thre ship, they first had to be unpacked from the container, because we cannot handle containers here. 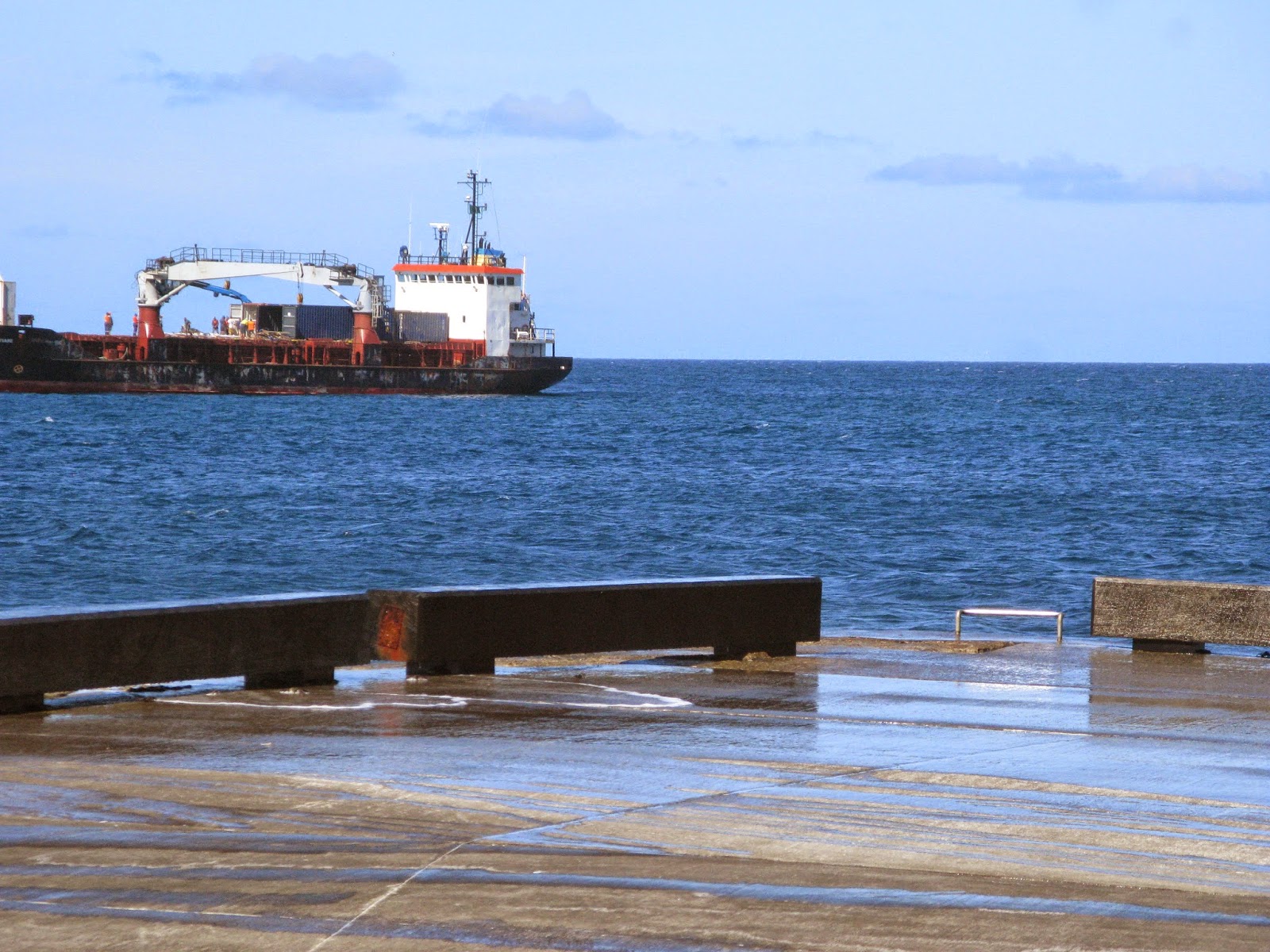 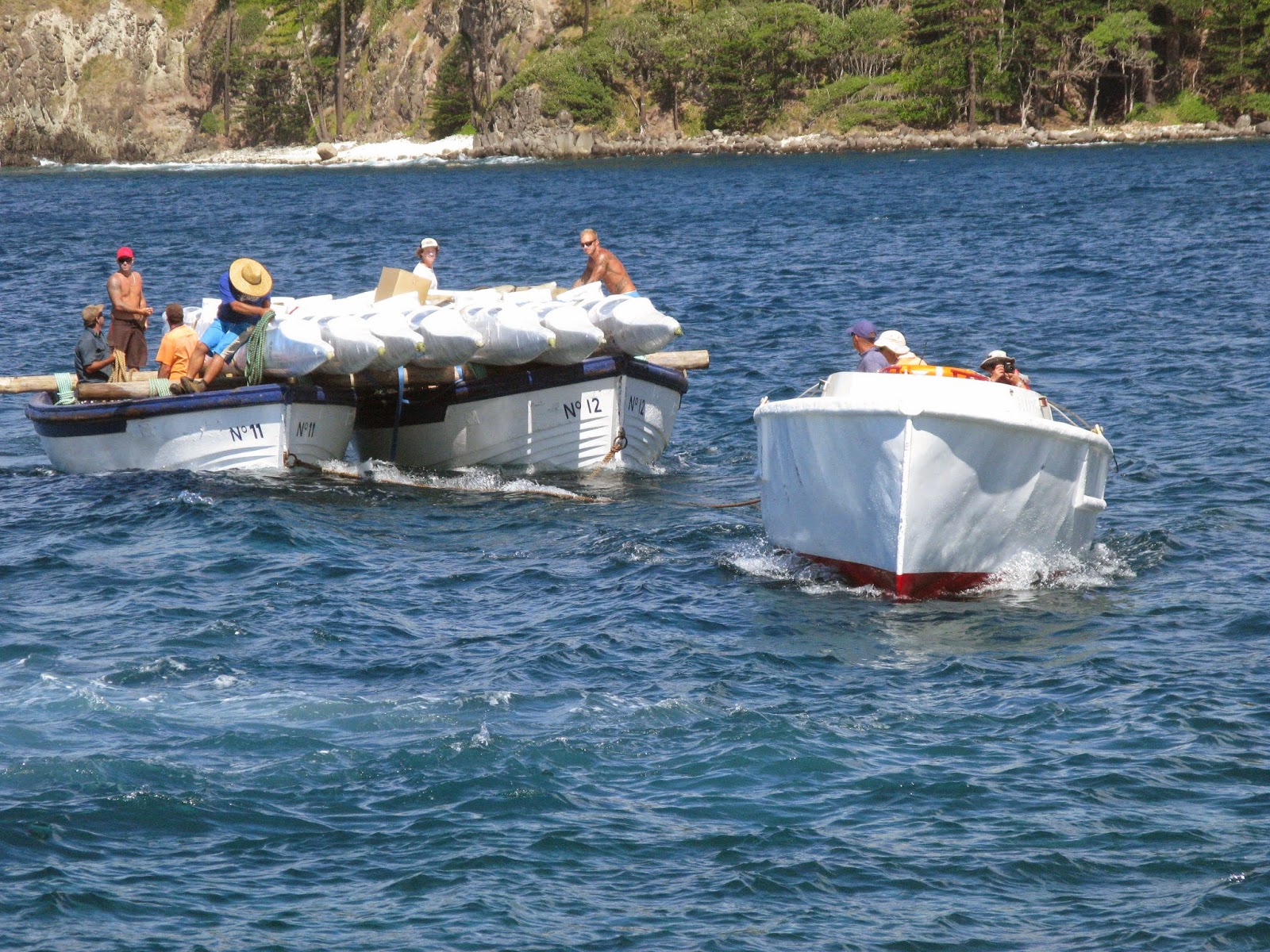 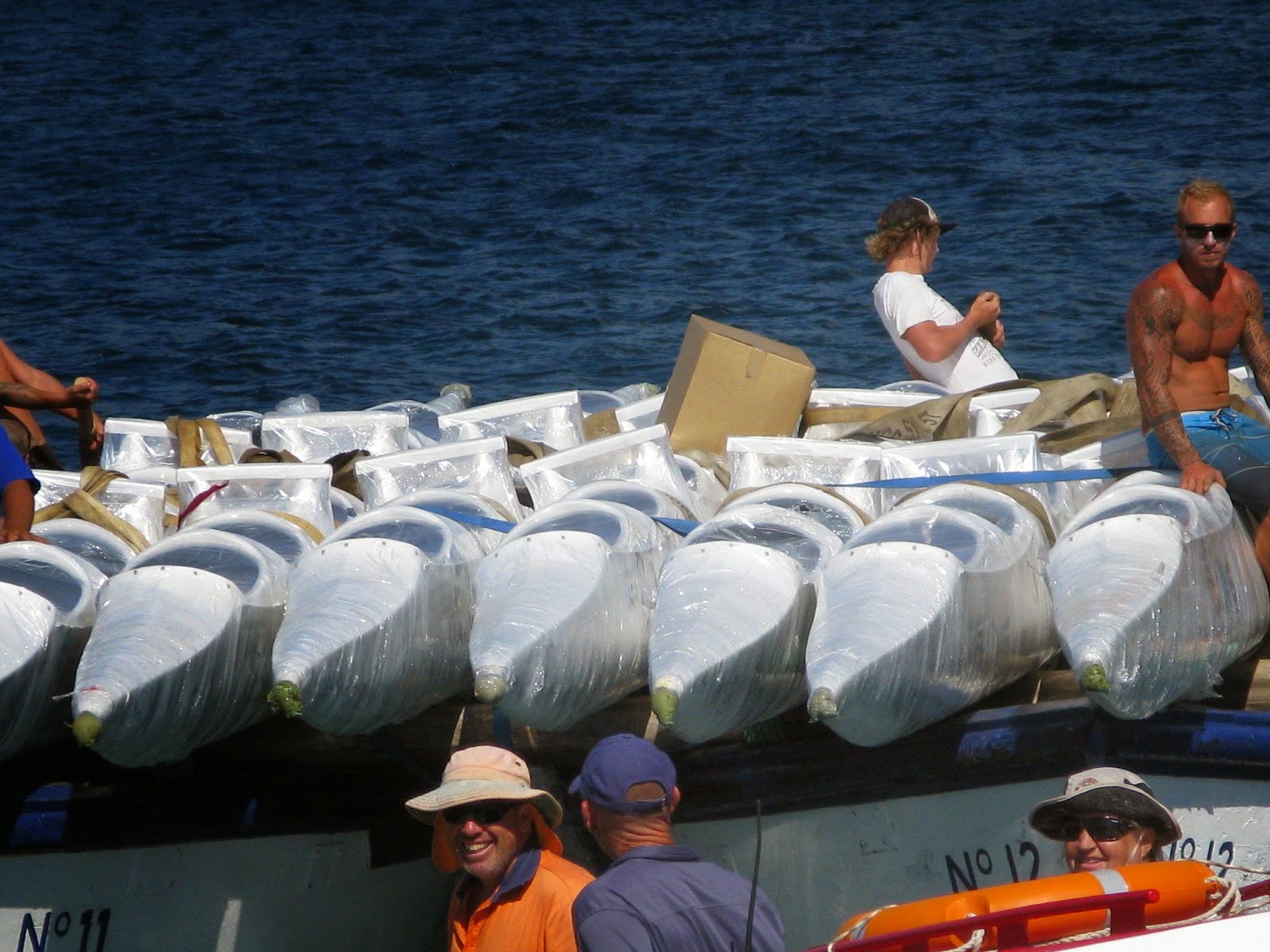 Outriggers are a reminder of the Polynesian ancestry of the Norfolk Islanders. Their forbears would have used them in the past. 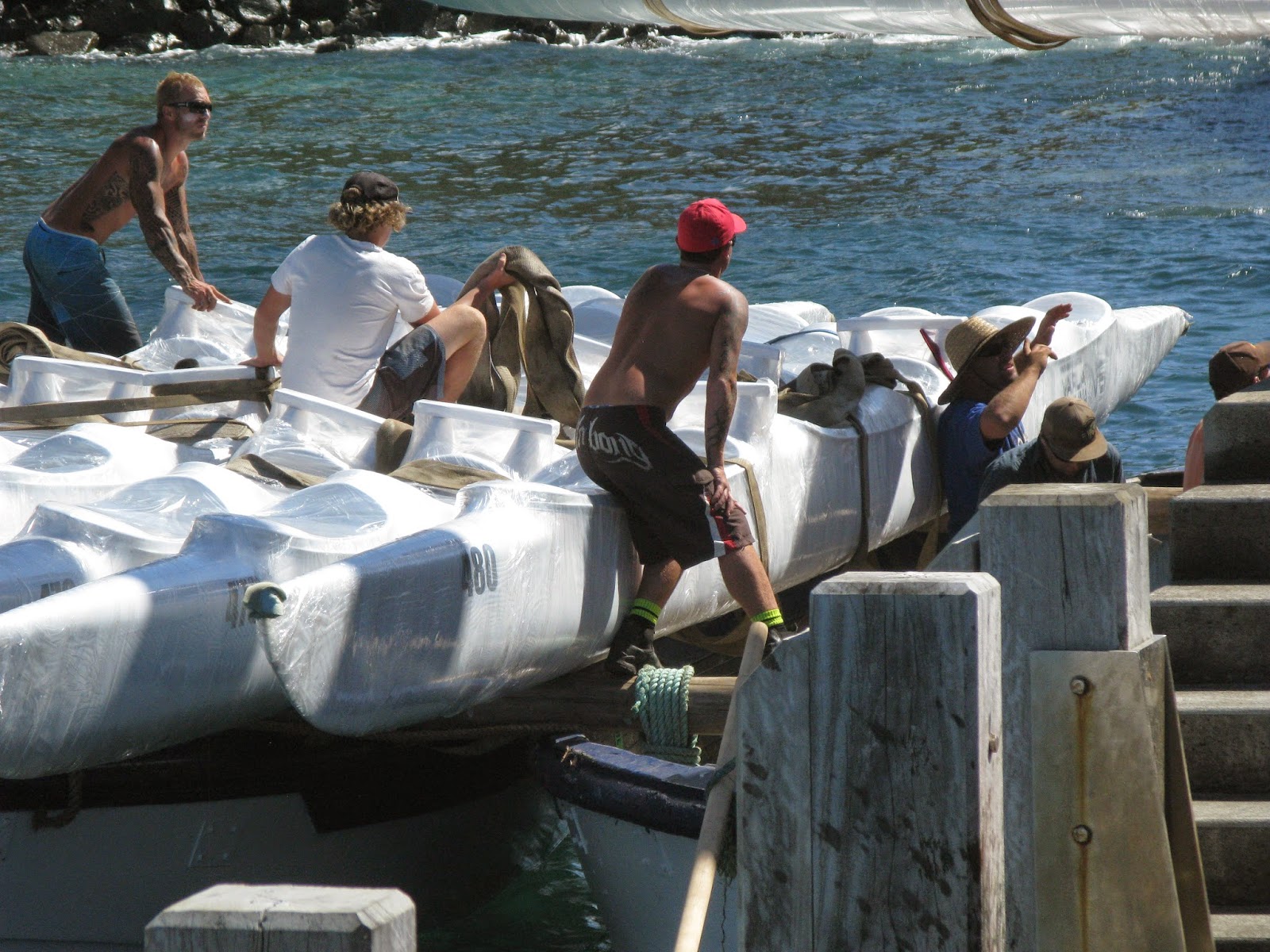 When Commandent King first came to Norfolk in 1788, there were remnants of at least one outrigger found on a beach, evidence of Polynesian visits to the island before white men came. 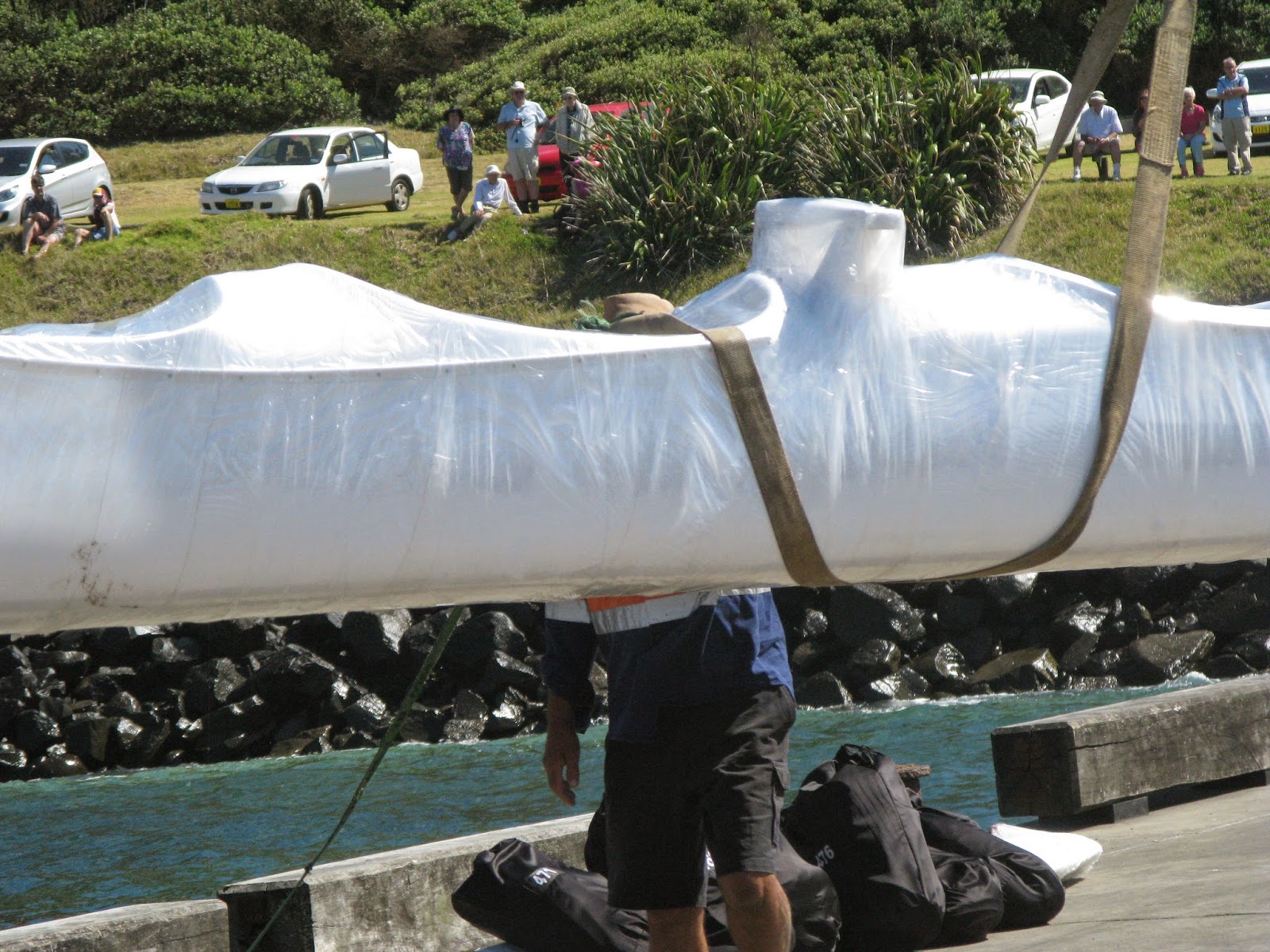 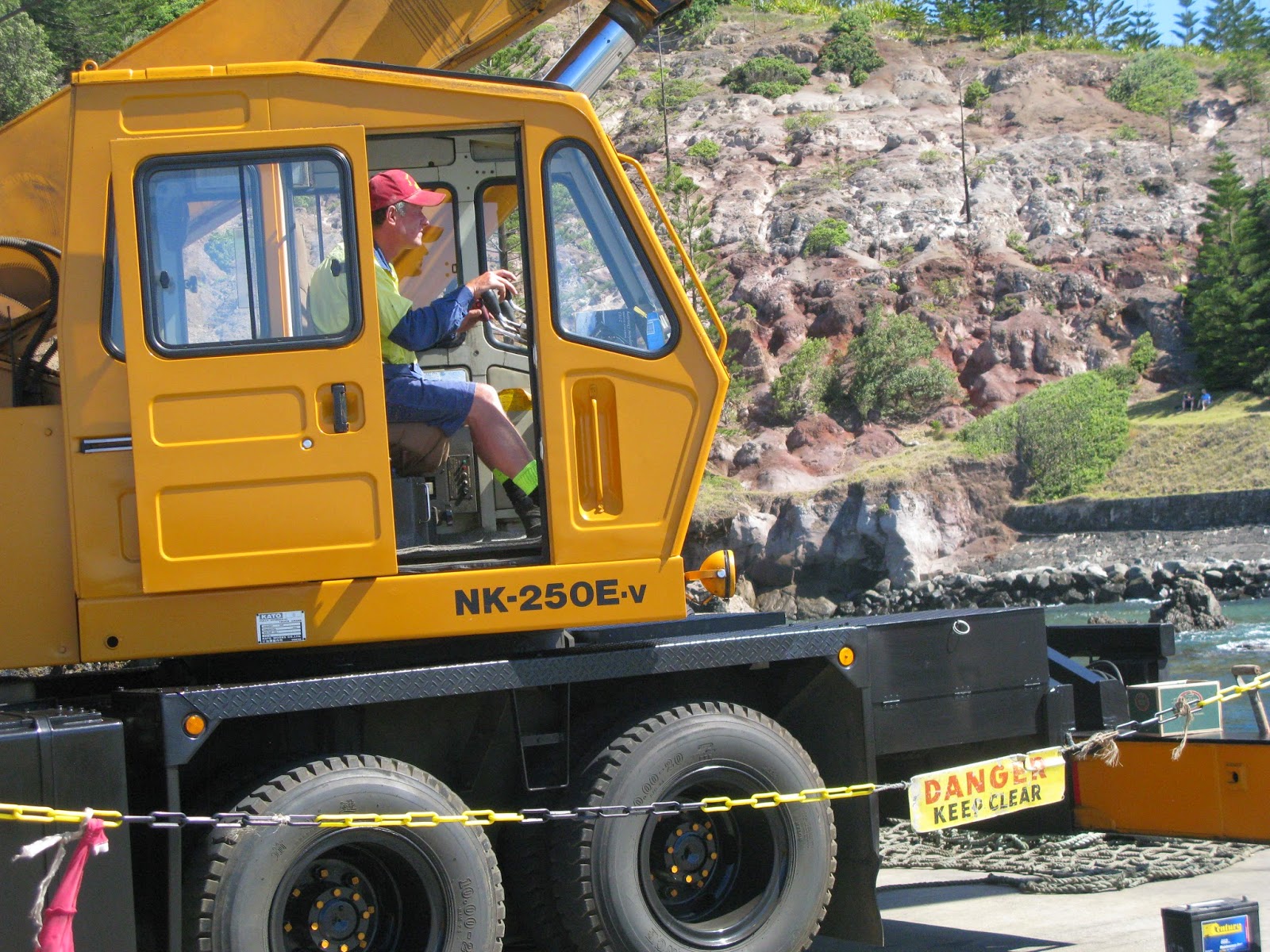 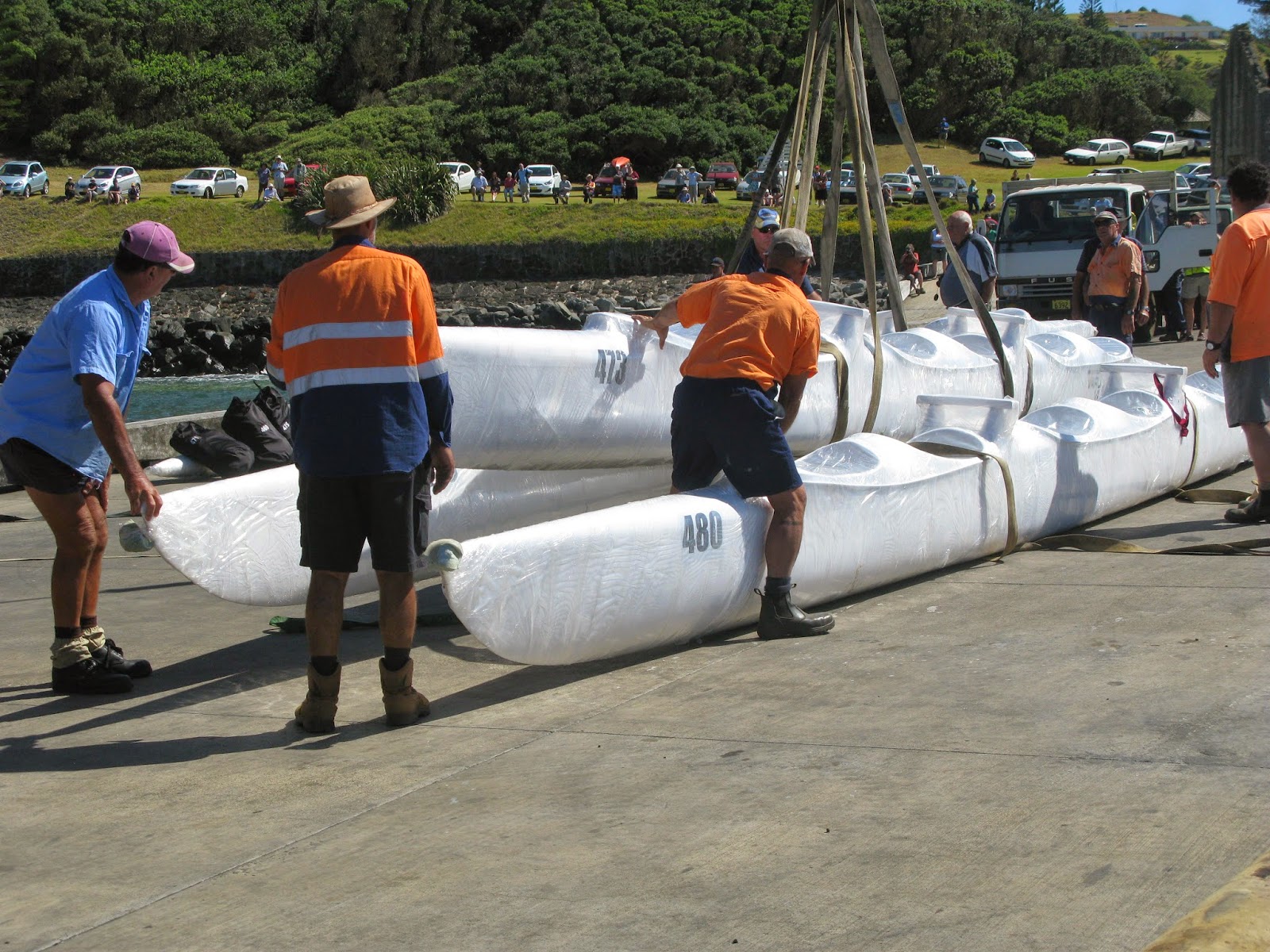 Bernie, John and Charles are sponsoring one of these canoes - I wonder which one is ours? 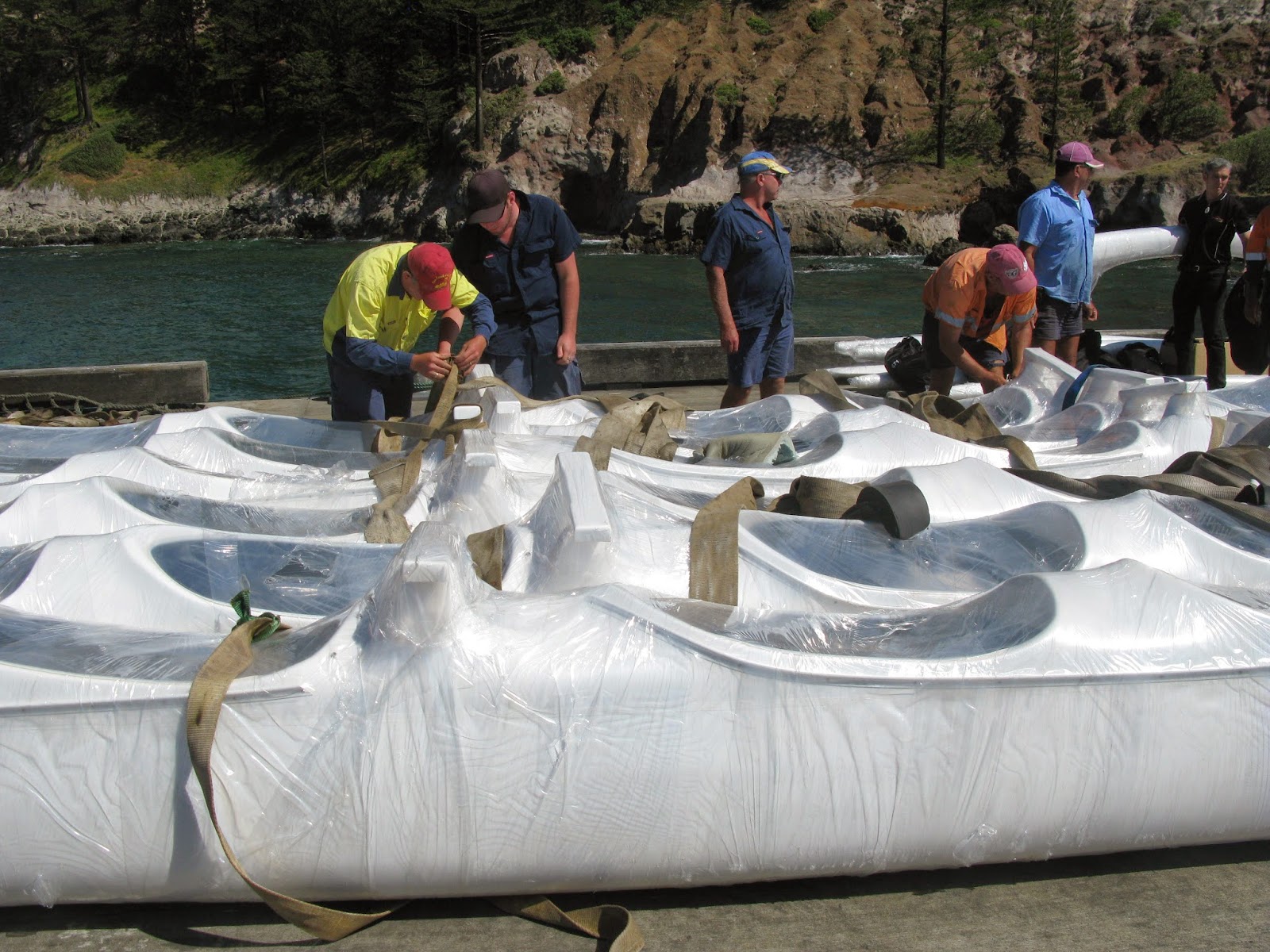 This shows how they lash two lighters together to carry bulky cargo. 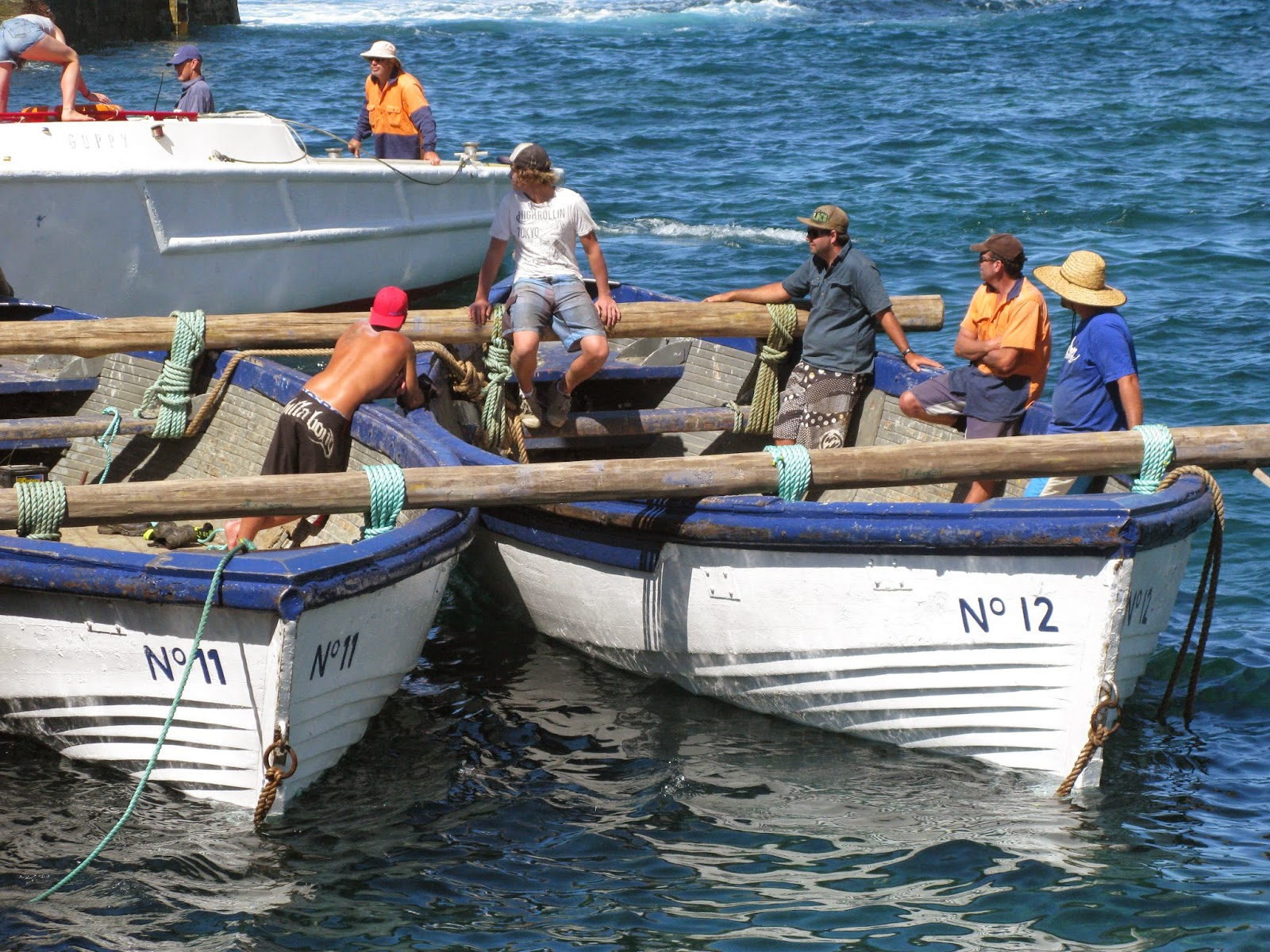 There were lots of people taking pictures 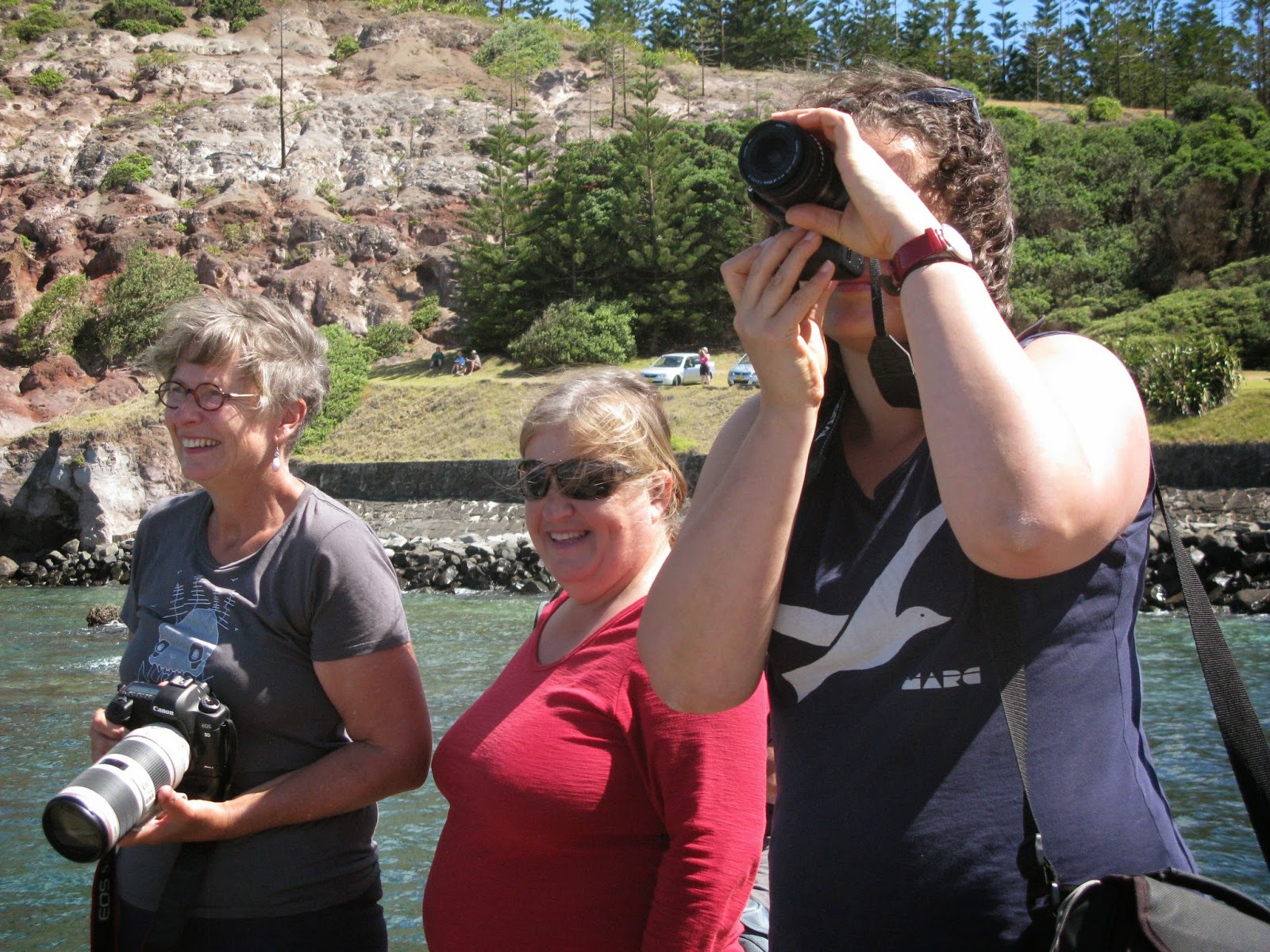 And plenty of visitors and tourists watched the operations from the viewing area back from the pier. 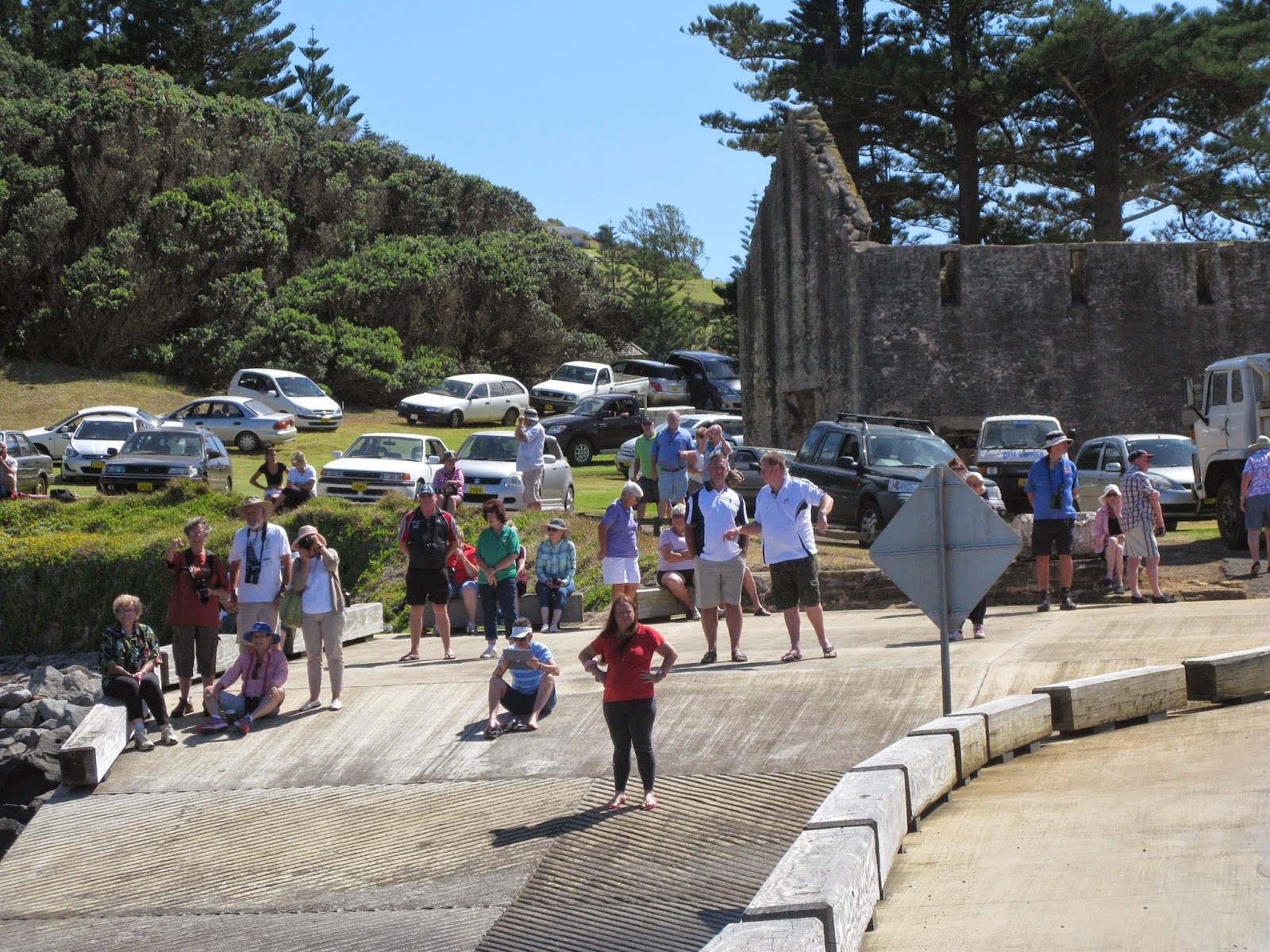 Greg and our Peter were there to lend a hand on behalf of the Outrigger Club. 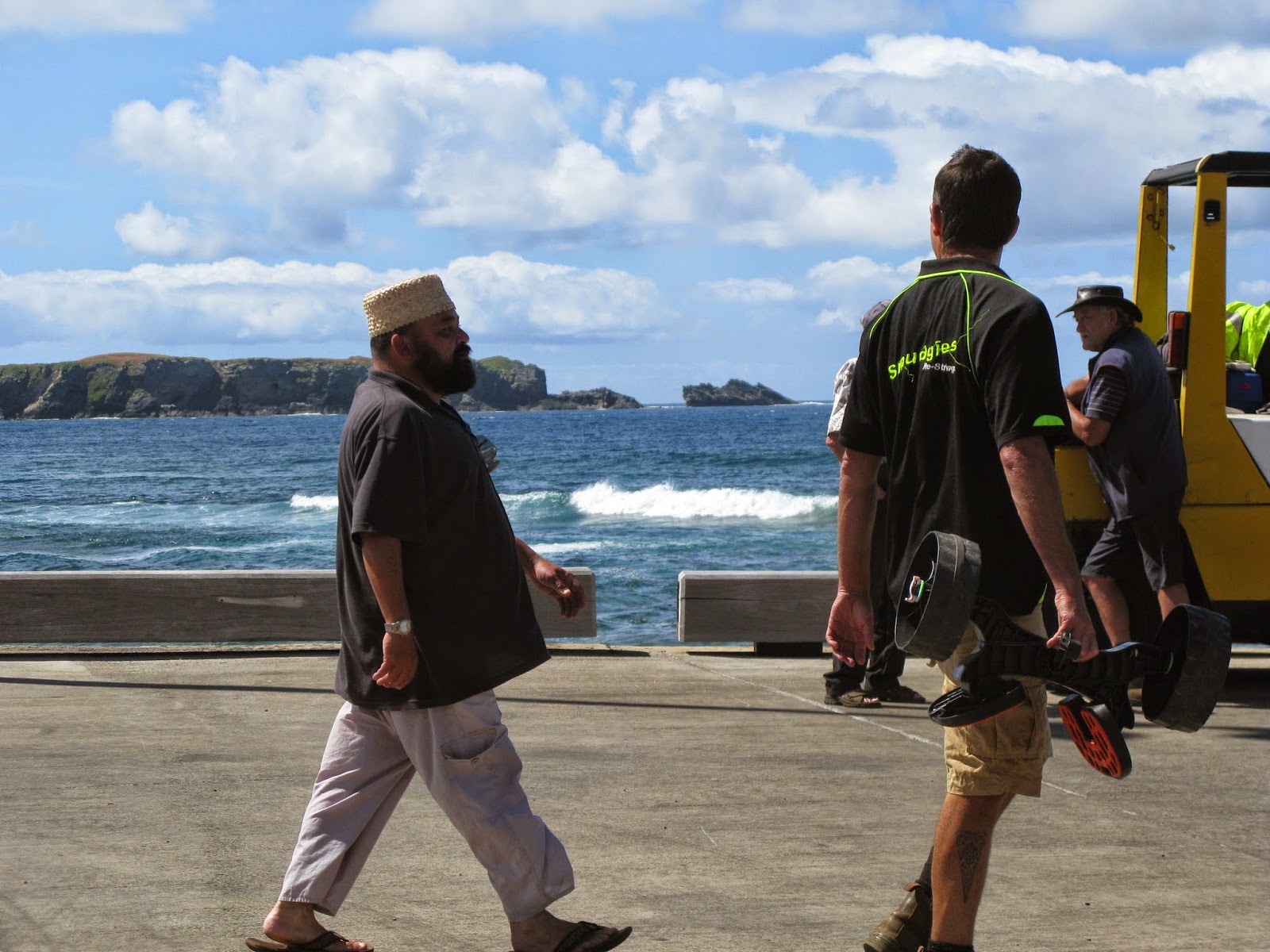 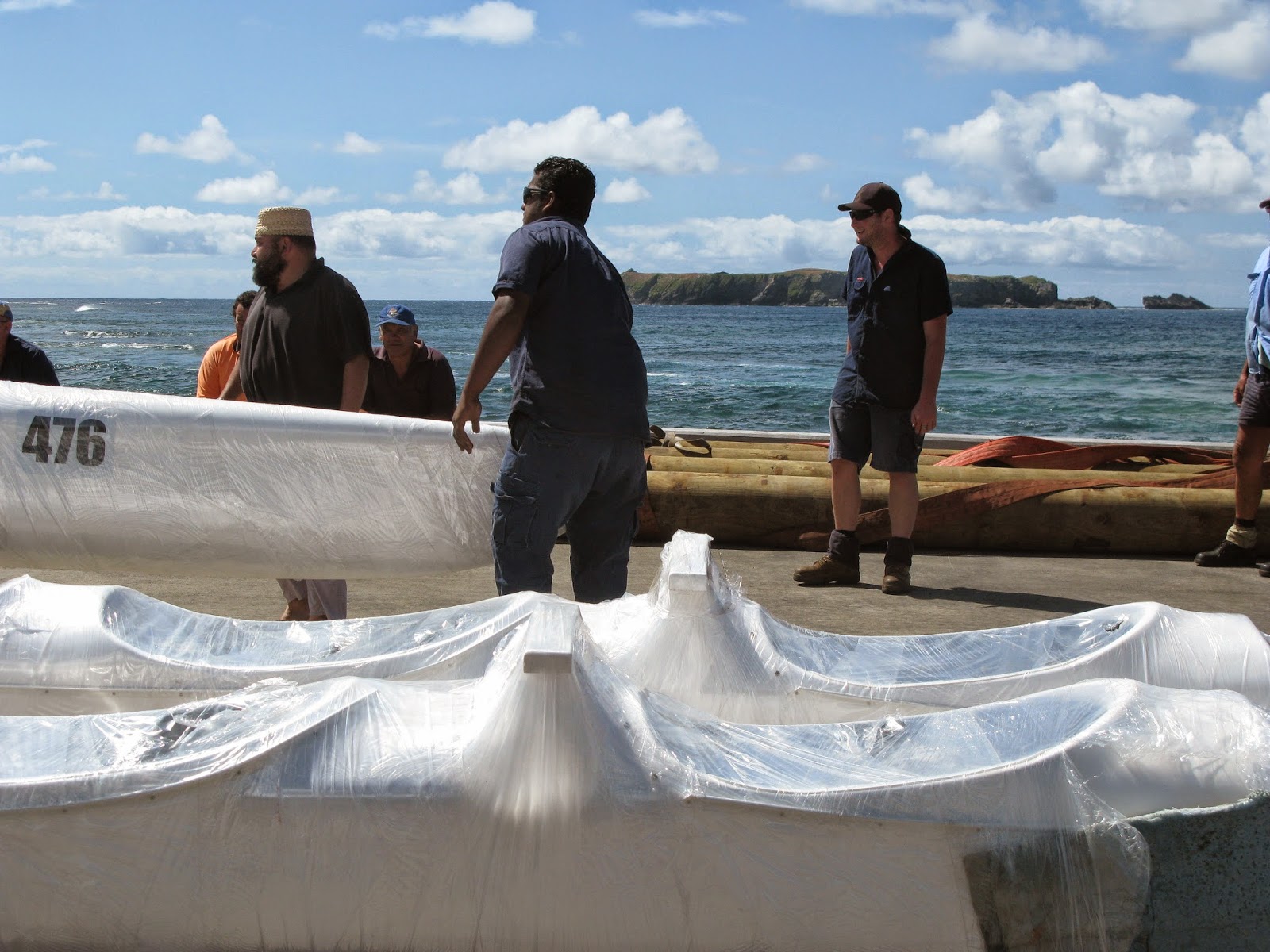 Meanwhile, three supersize telegraph poles (the biggest ever) had arrived, and it took a great deal of skill and dexterity to get them aboard the lorry and secure them. 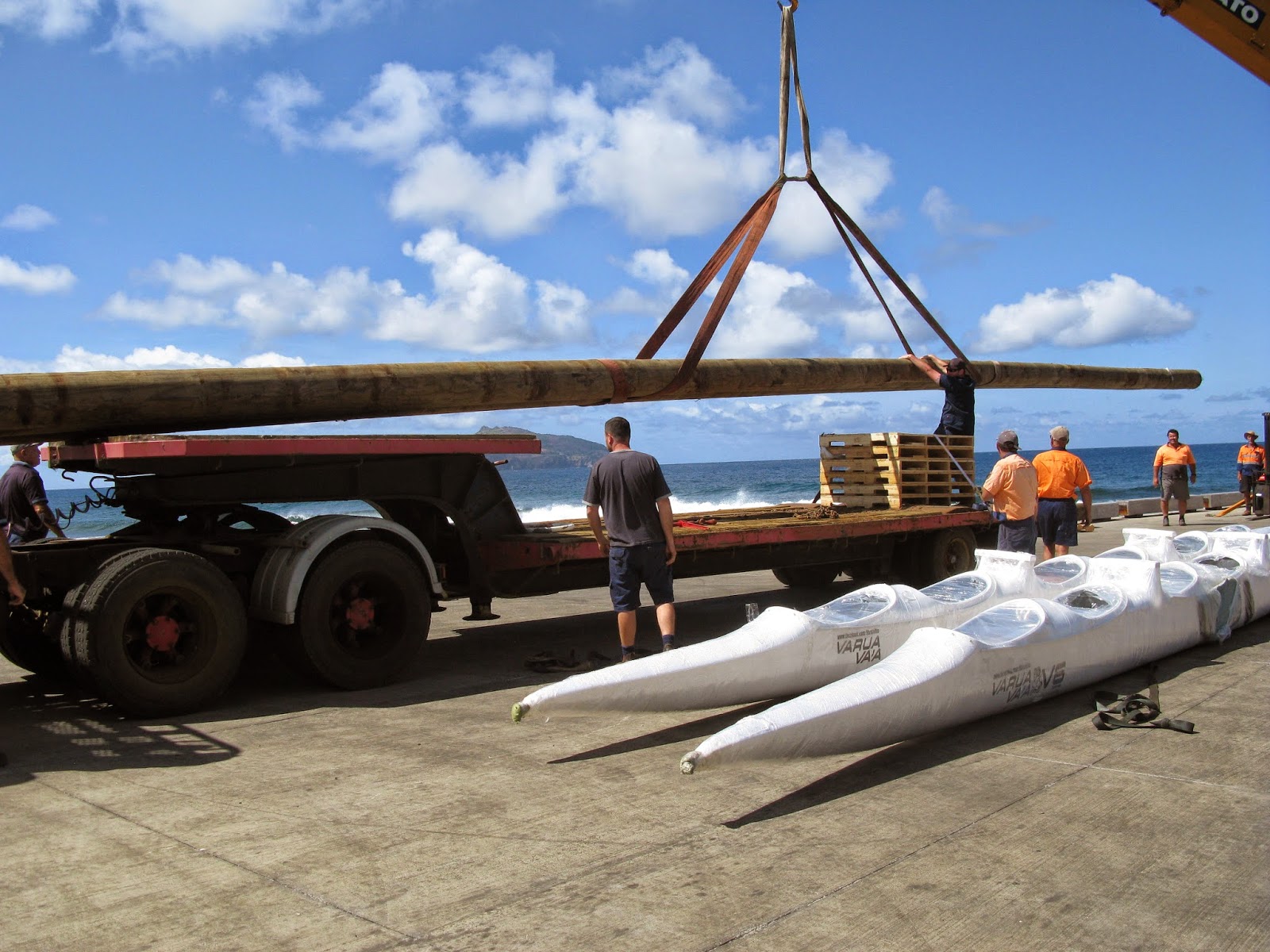 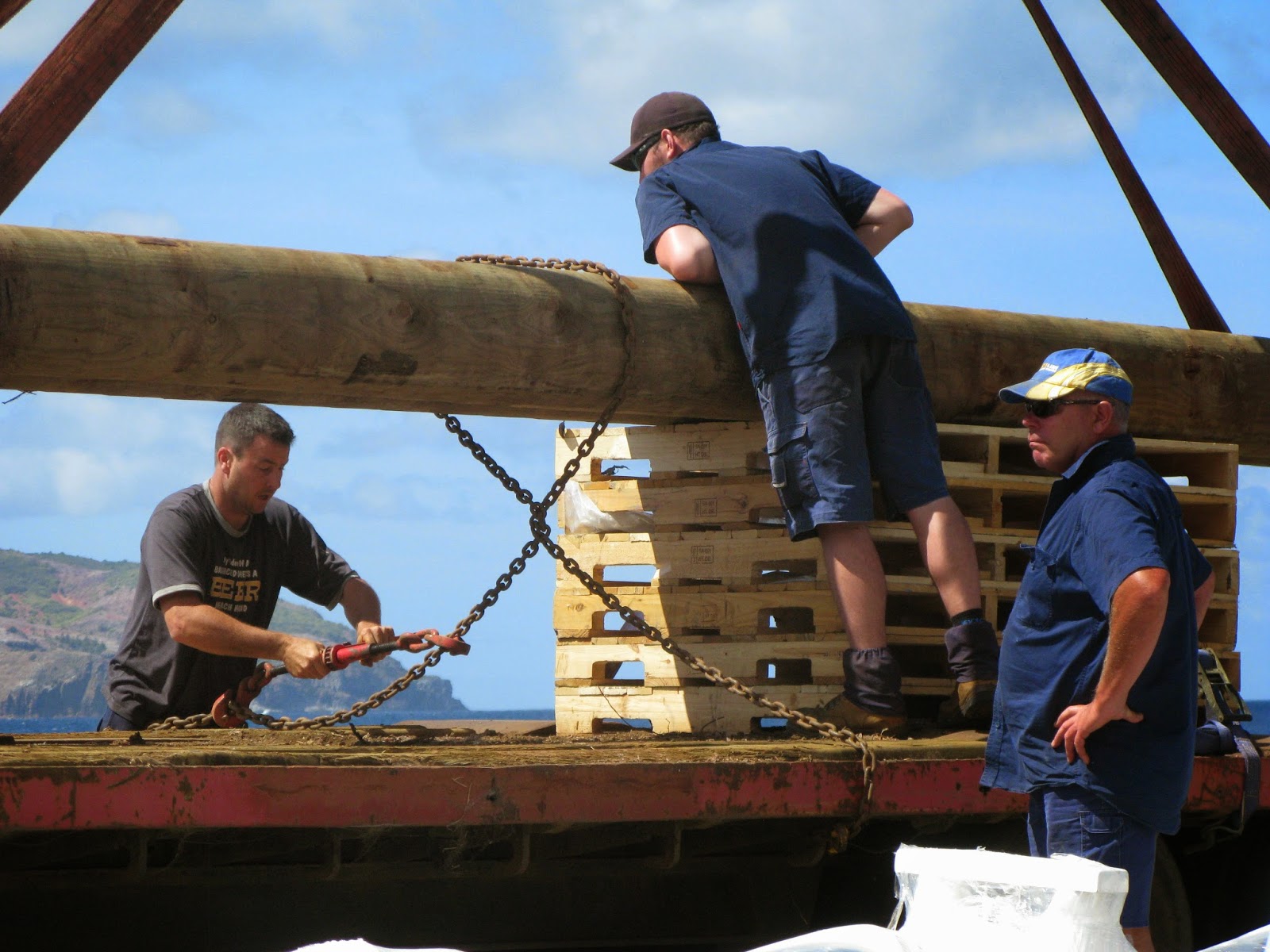 Here comes the second load of canoes, including some smaller ones for the young ones to train in. 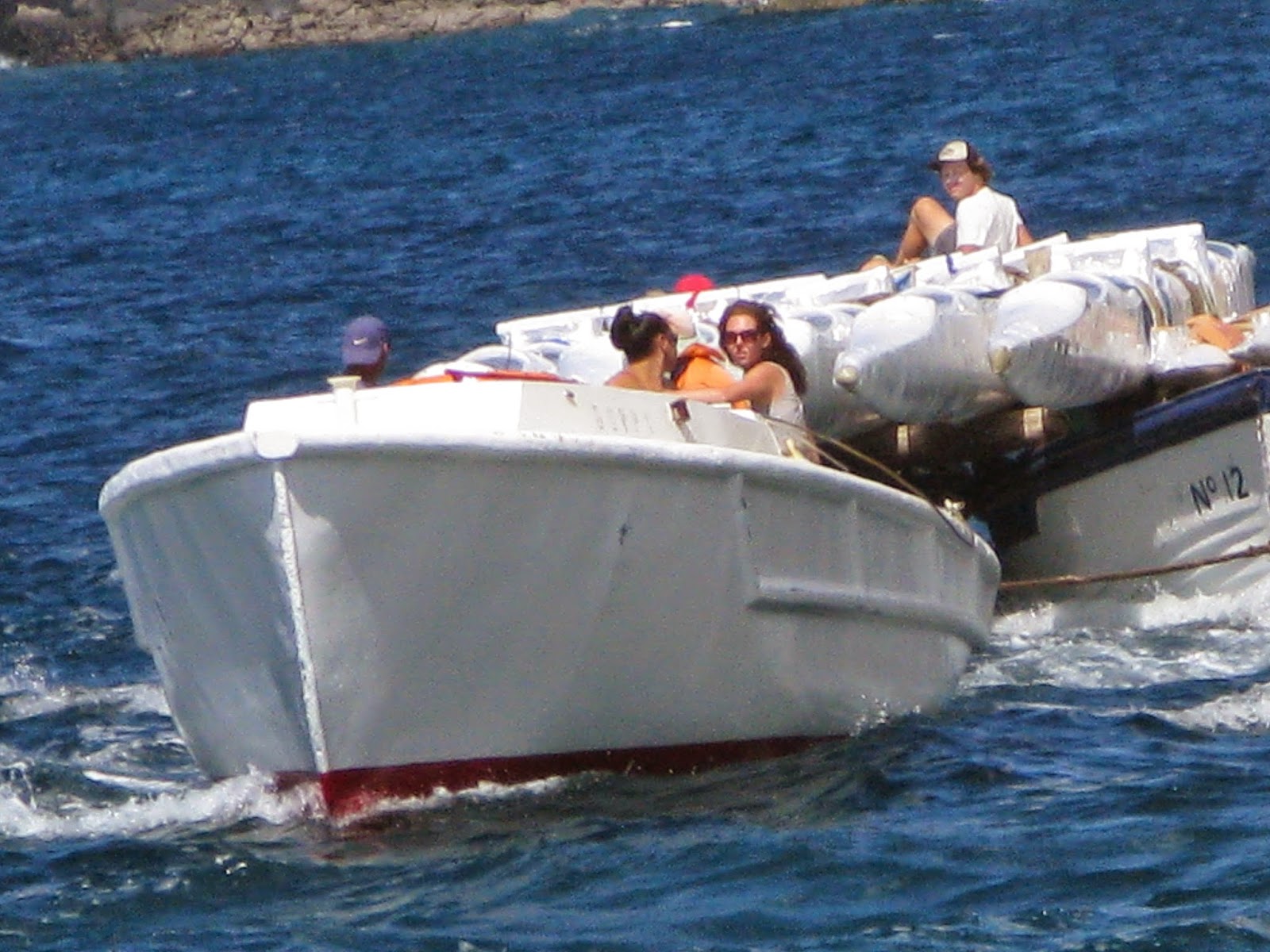 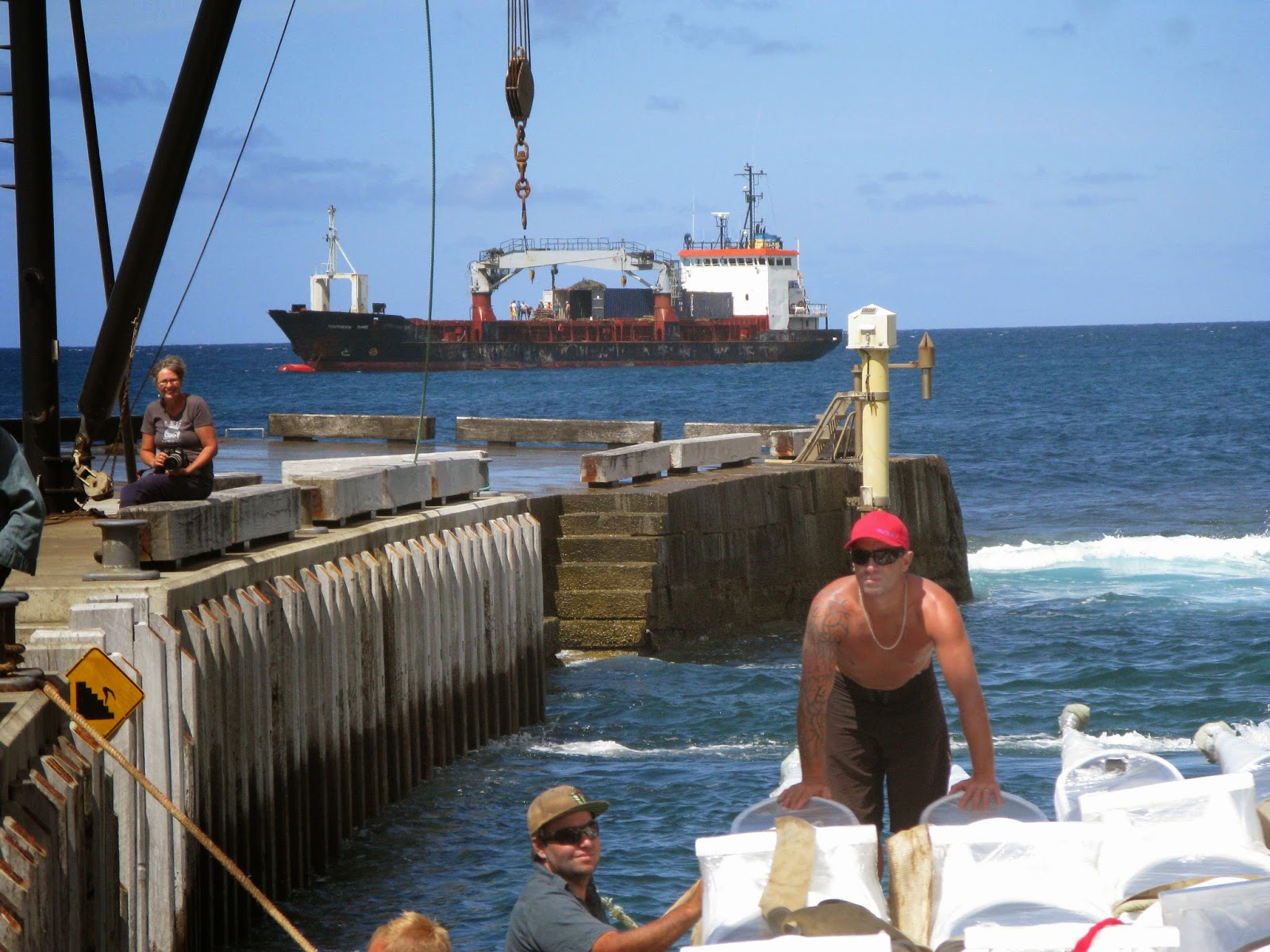 You really have to take your hats off to these guys! 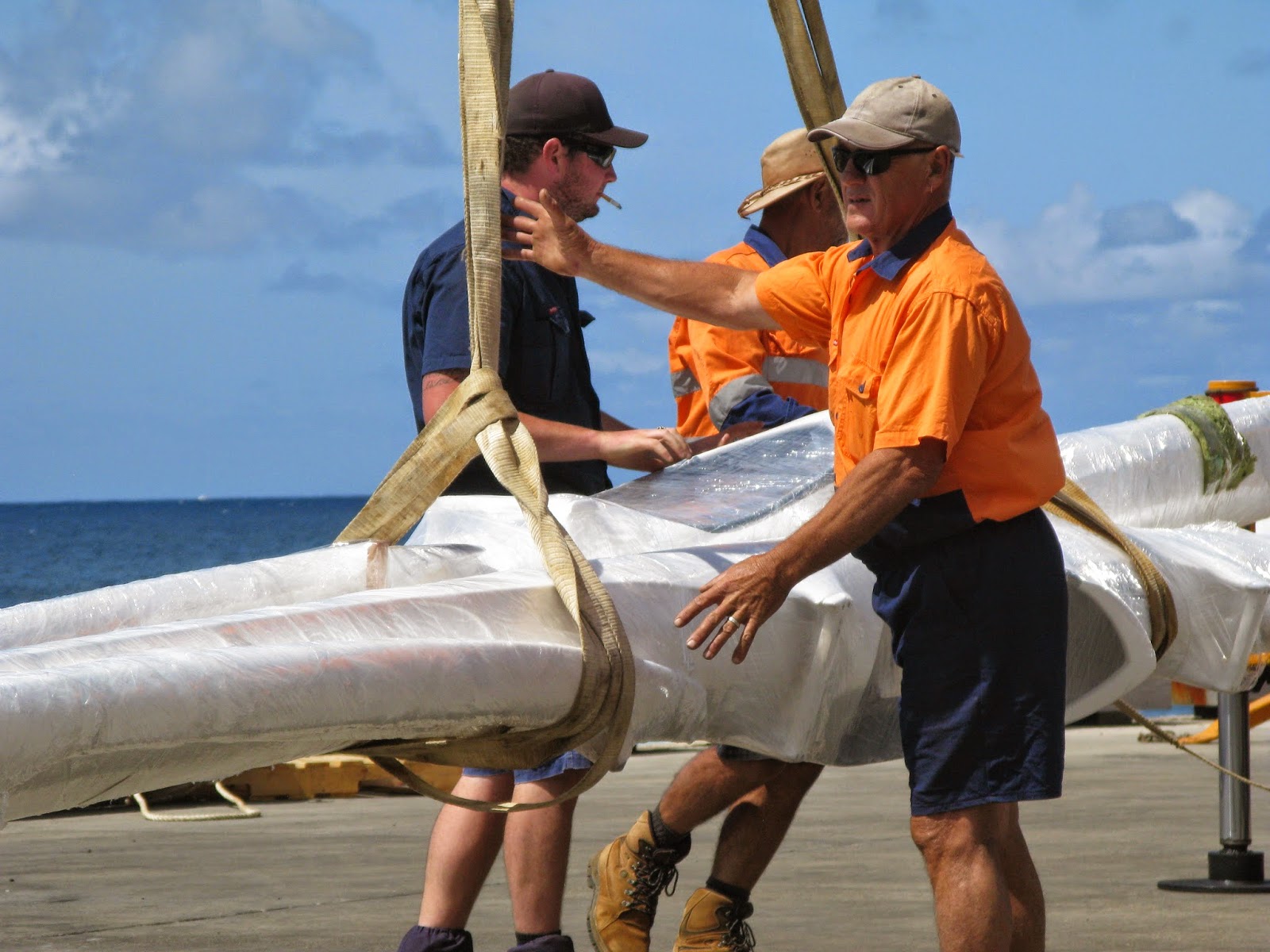 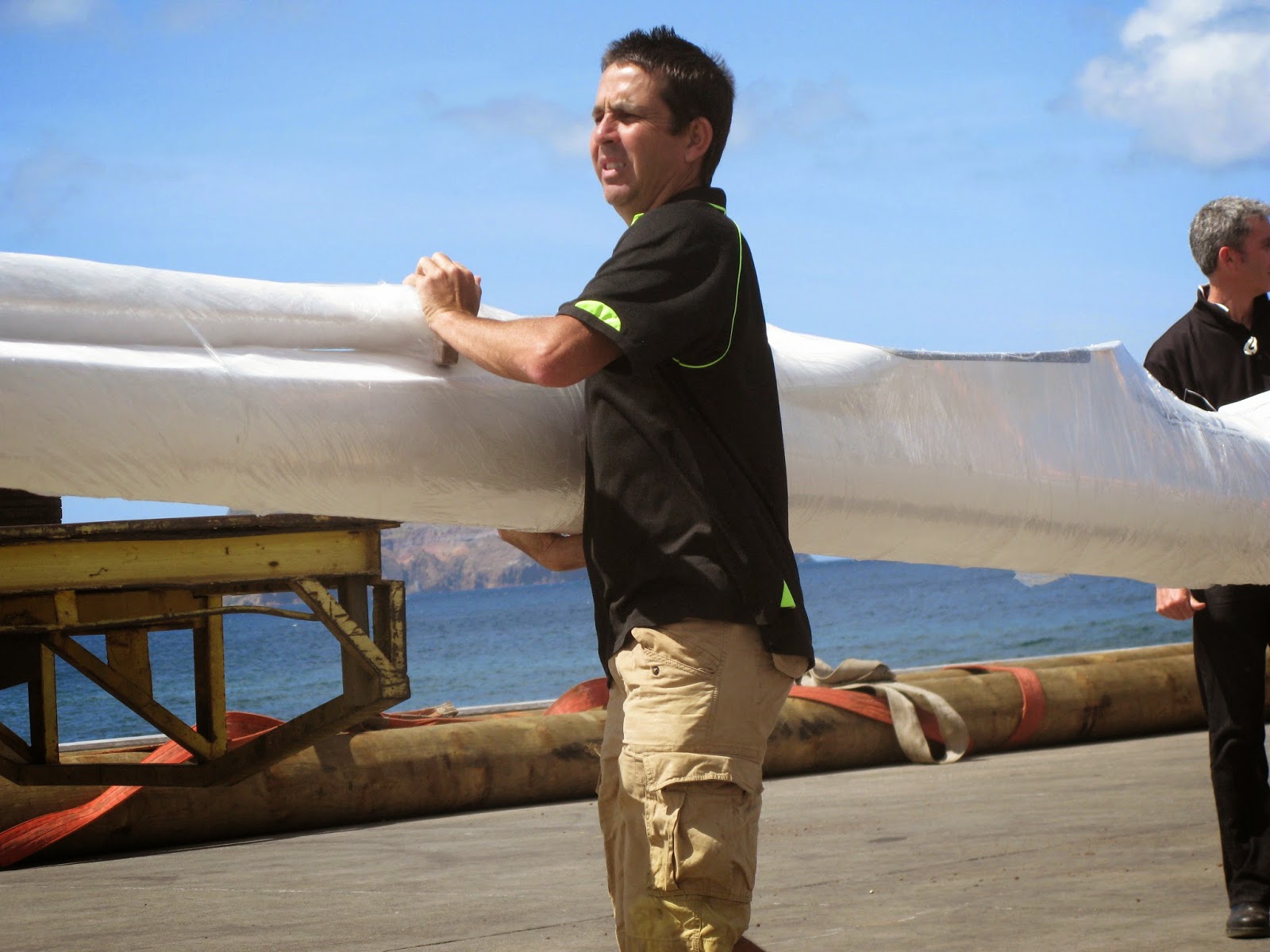 The lighterage boys donated their time free to unload the canoes - what a great Norfolk gesture! 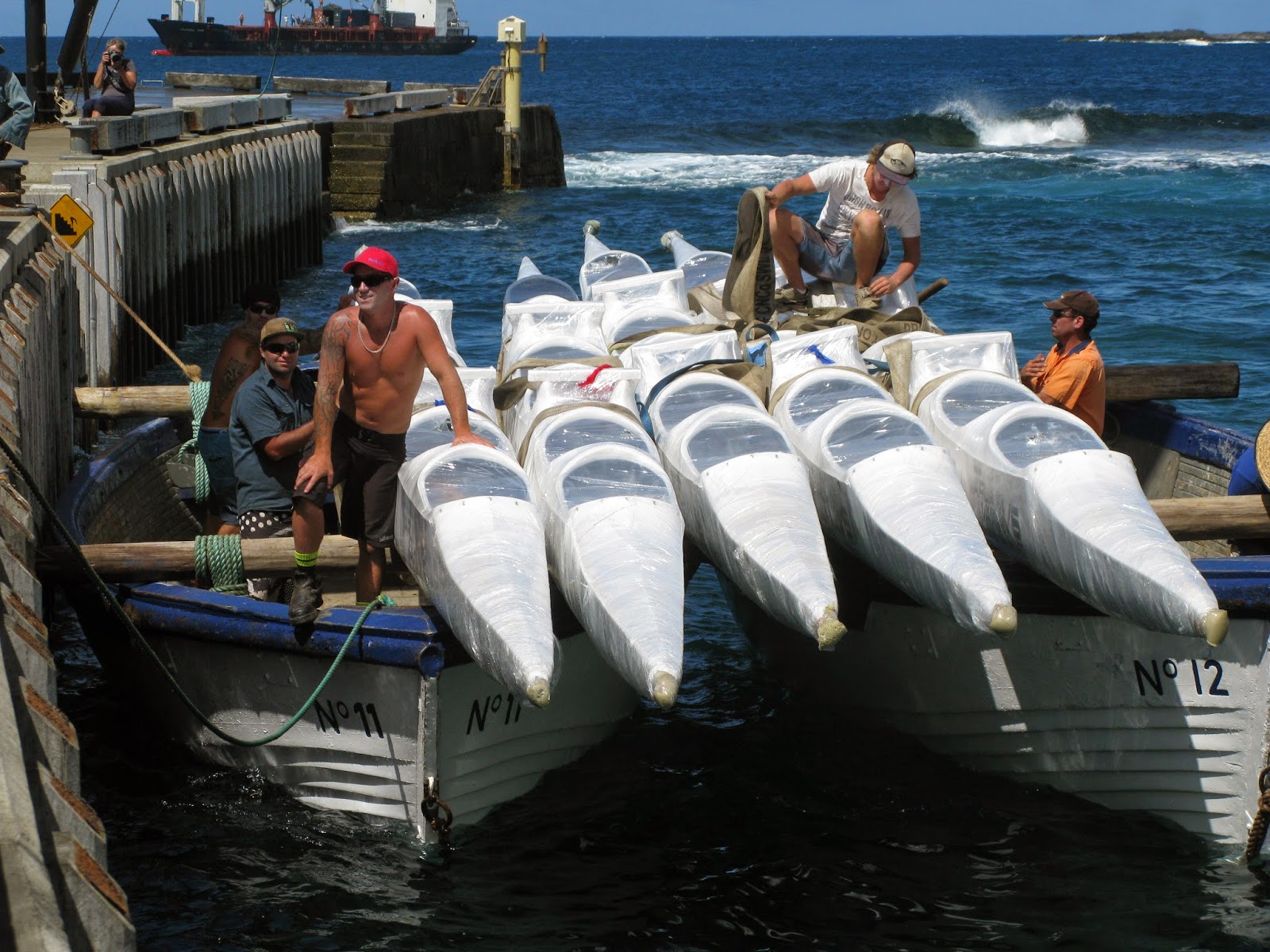 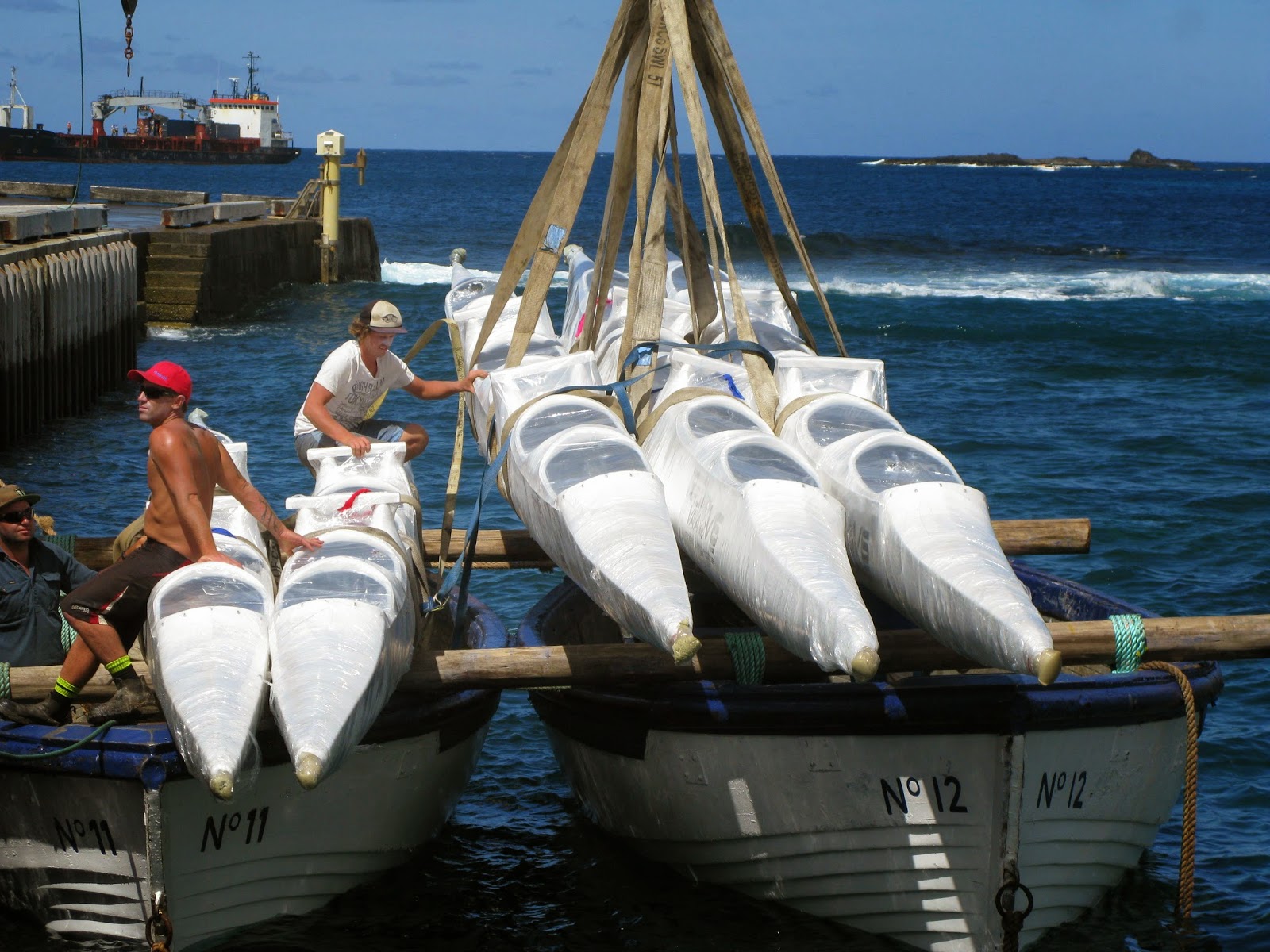 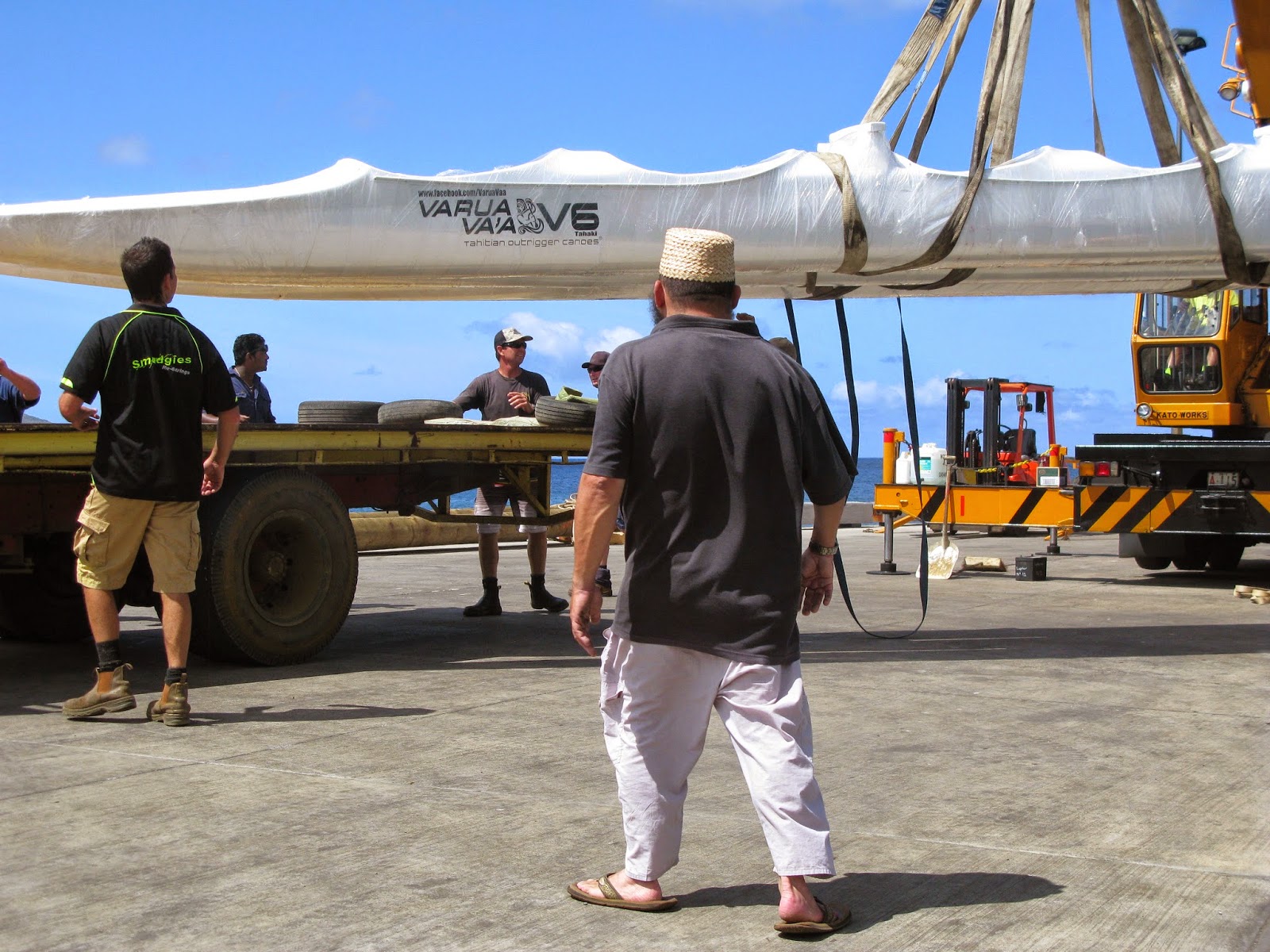 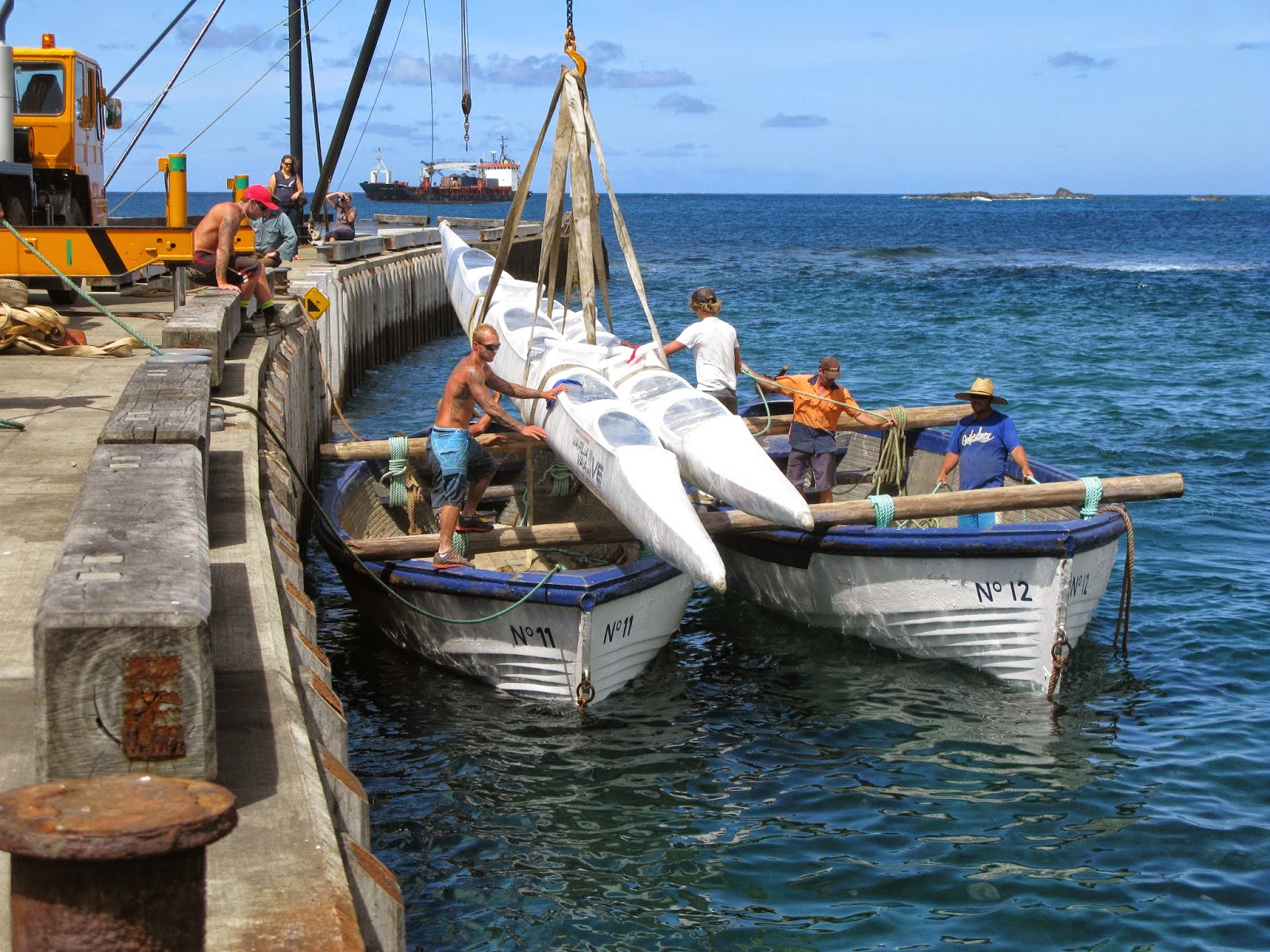 Meanwhile, Jonathon's "drone" filmed everything from above. How amazing! 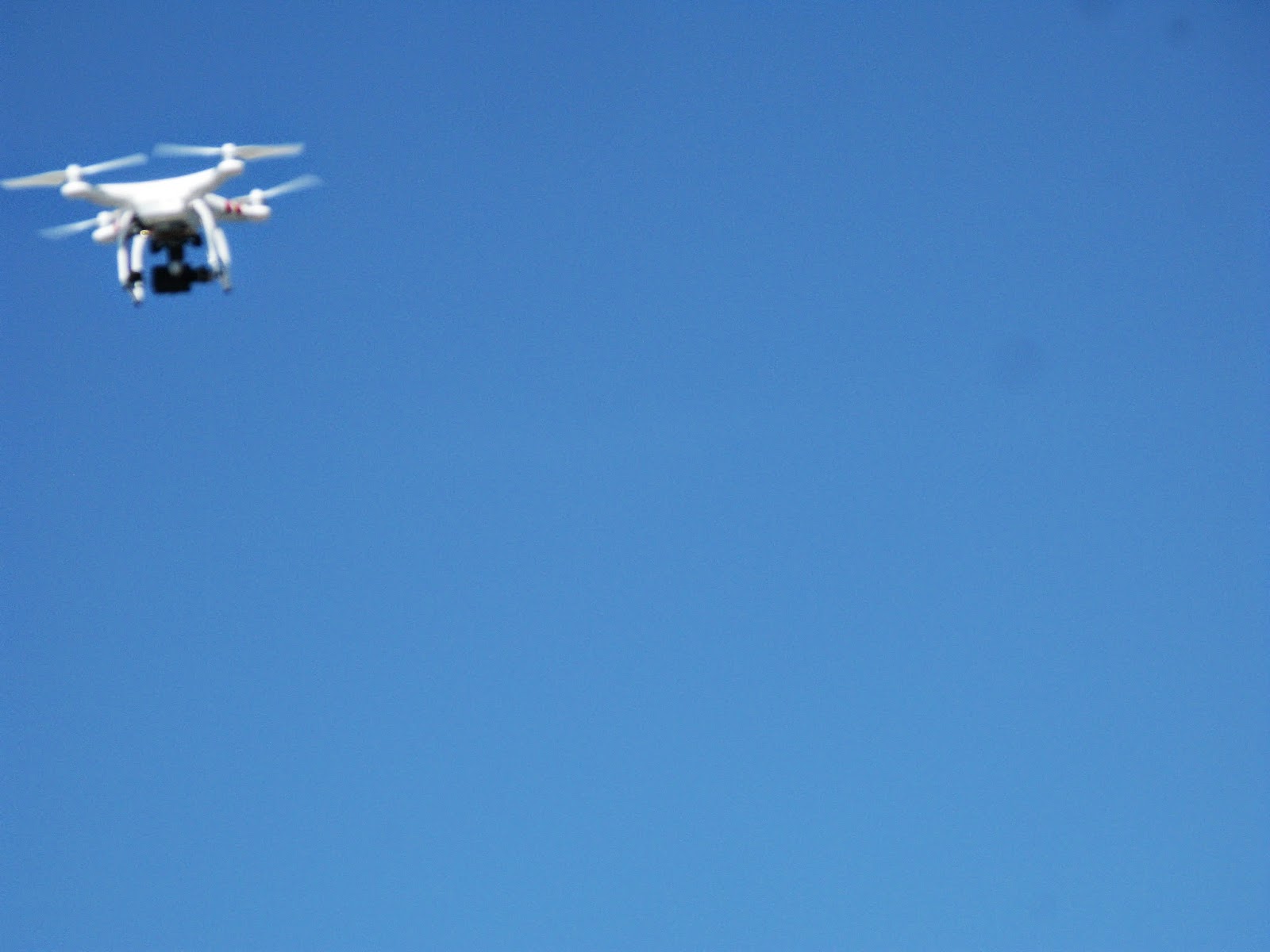 Then last night there was an official "blessing" of the canoes at "At Random" where they will be stored for a while. 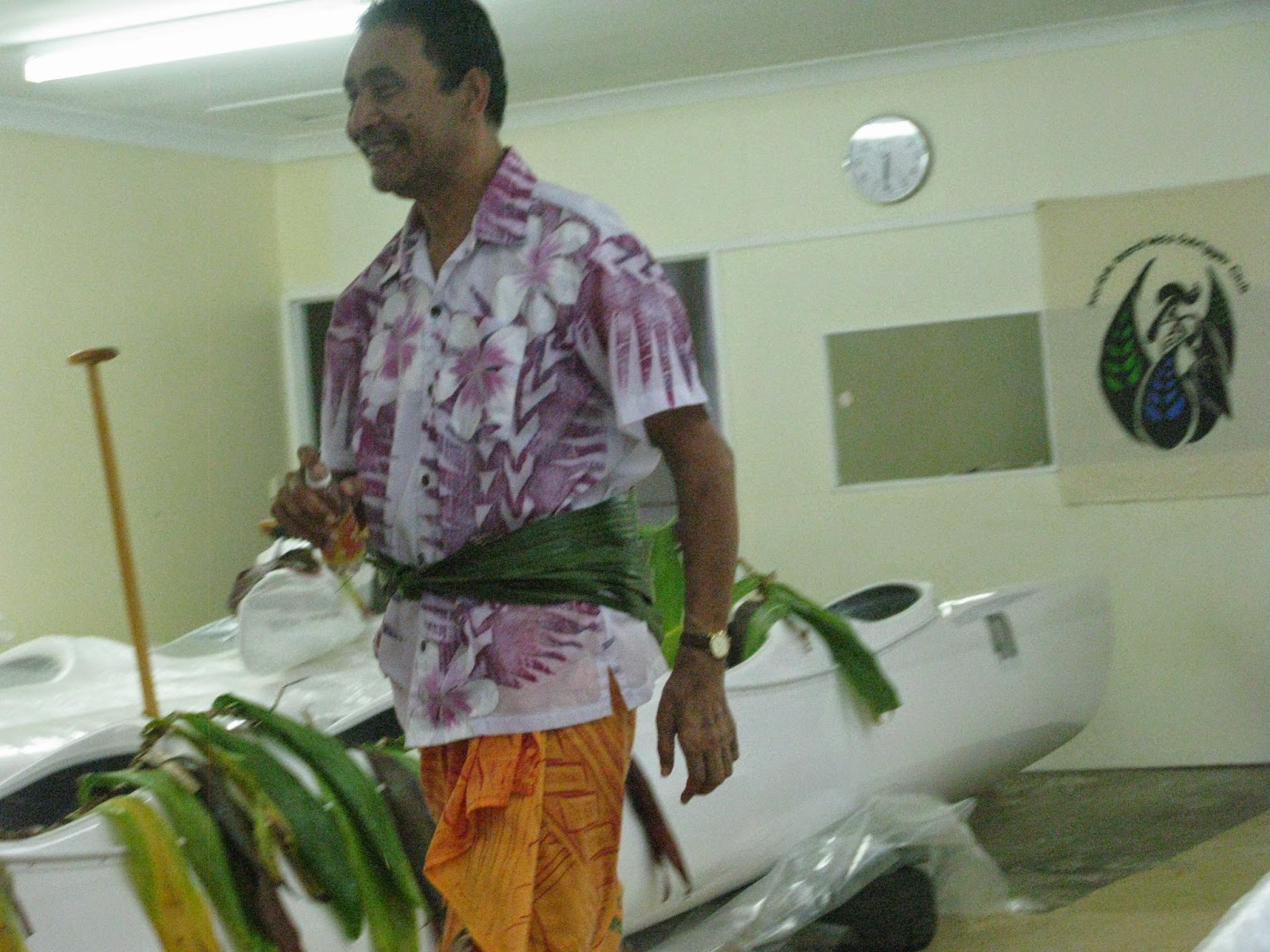 Fasiu, who originally came from Rotuma, one of the Polynesian islands in Fiji, carried out the more formal part of the ritual blessing. 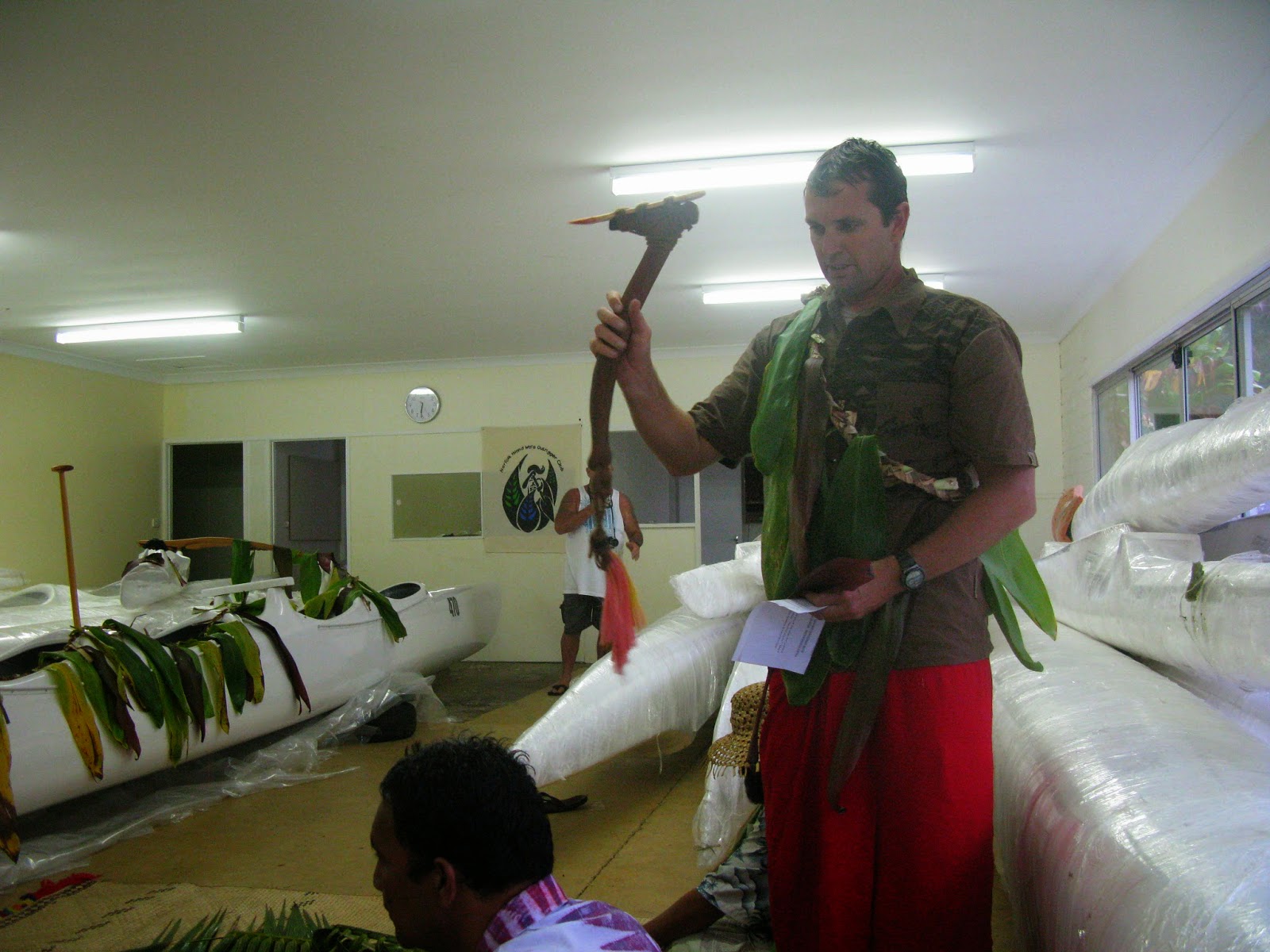 Then our Damien, who has been one of the main movers in getting this enterprise going, spoke of the history of the outrigger and its importance to our people. The special tool he is holding was a precious gift from the crew of the "Haunui" which called here a few weeks ago. 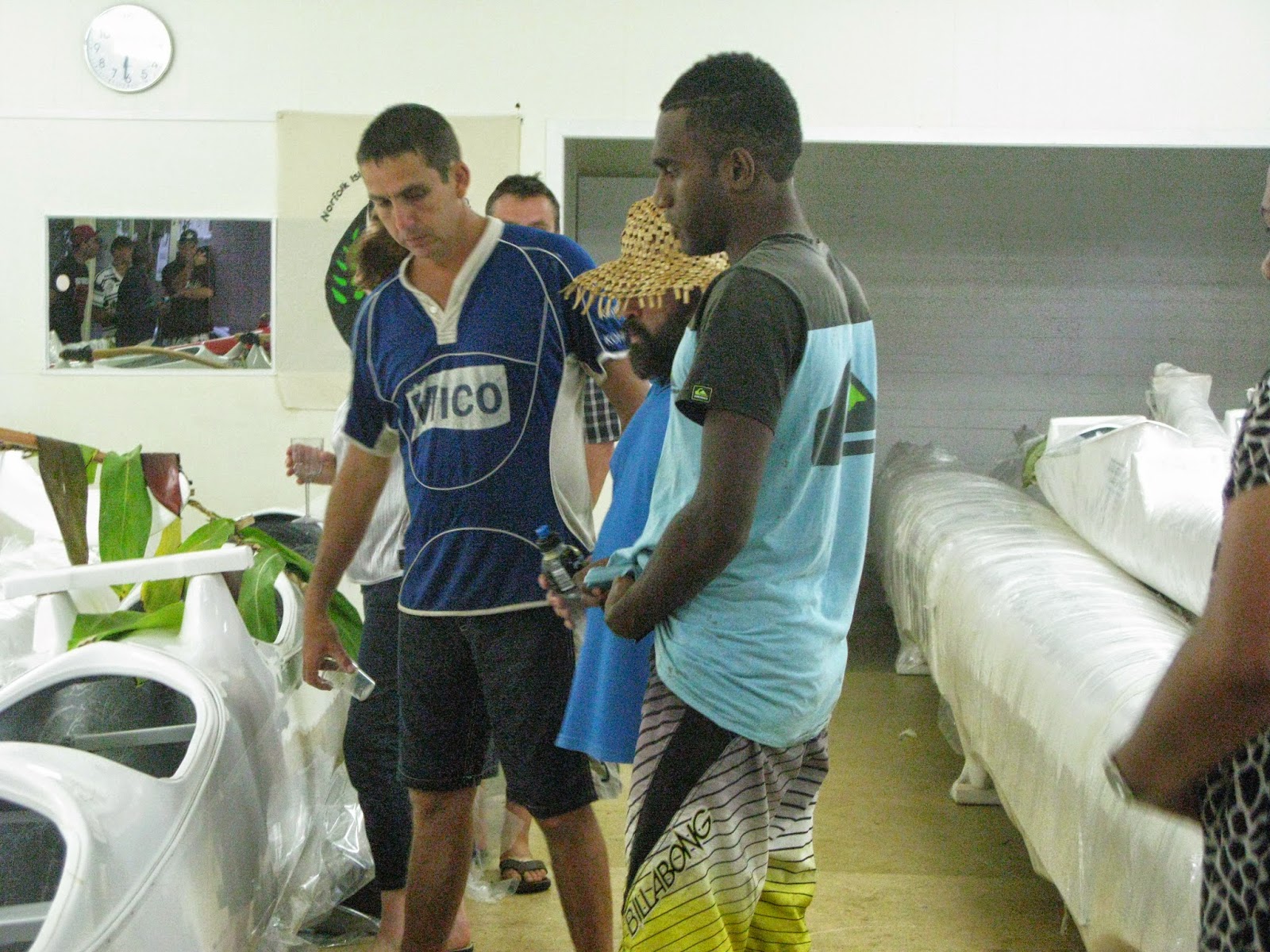 Posted by Mary on Norfolk Island at 3:38 pm No comments: