About three years ago my friend Annette showed me how to make soap. The first time I attempted it, I was very nervous and needed Annette to supervise me. 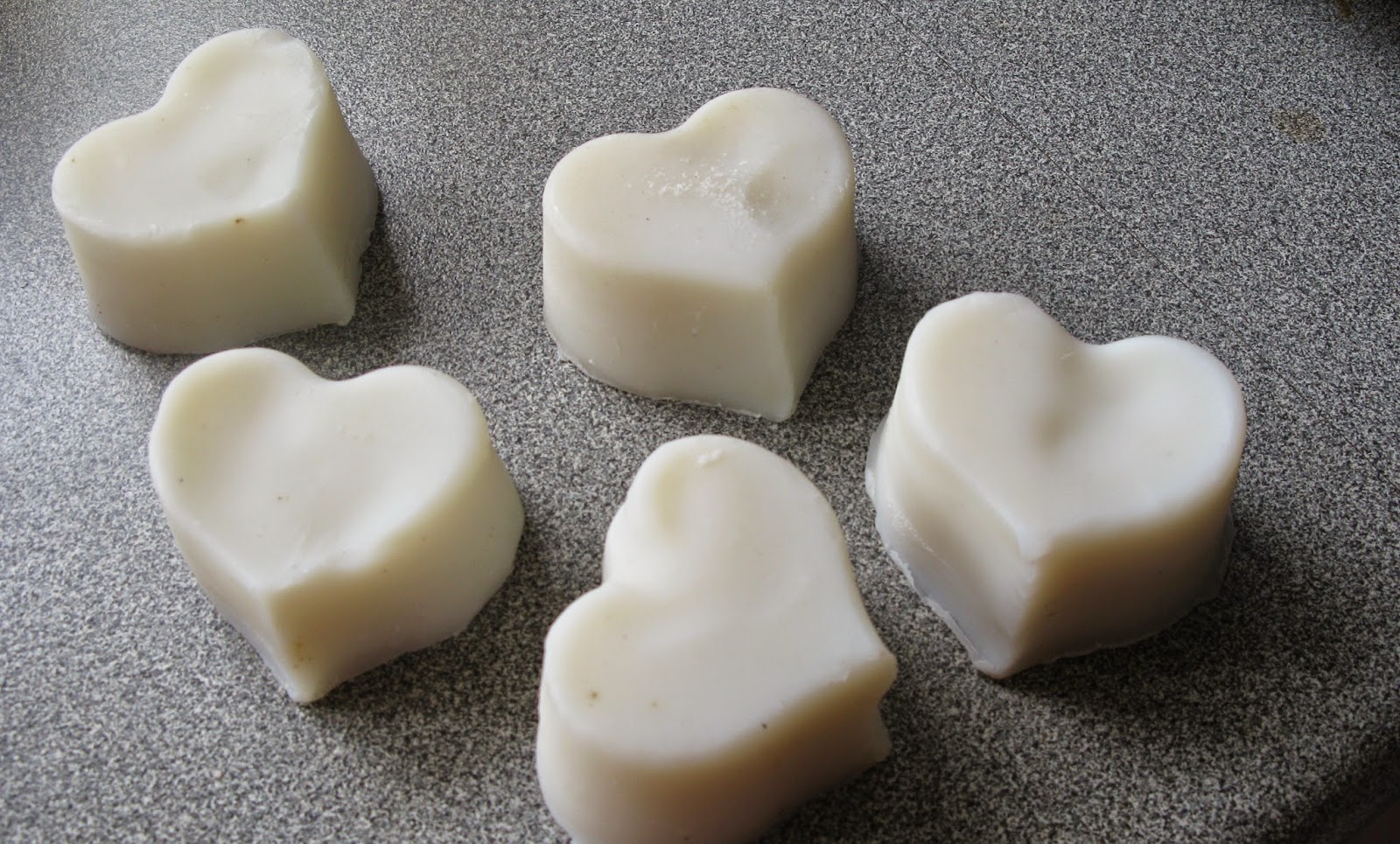 At that time, I gave Annette a bottle of good olive oil and some lye, and asked her to make me a batch of Castile soap, which is pure olive oil. These are some of what she made me. The trouble is, I only got to use a couple of the bars. One of my sons used the rest. He obviously goes through soap much faster than me. 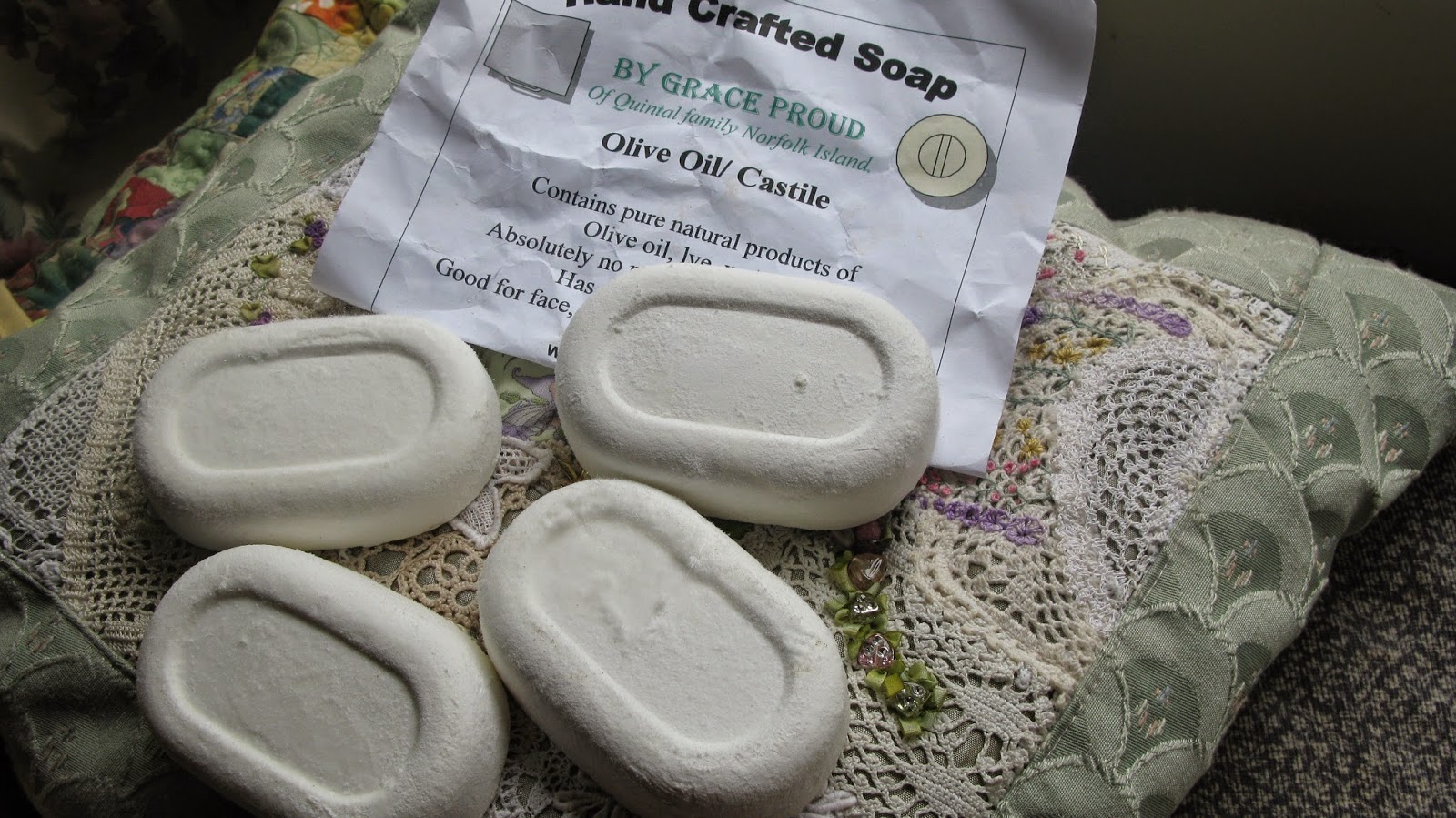 A few months ago, I decided to make soap again, but once again I needed Annette to watch over me.  I was able to use some for Christmas gifts, and the rest gets used in the bathroom. I love the heart shapes. This soap dished actually has pieces in various stages of use and wear. I am going to grate up some of the small scraps for laundry soap one day! 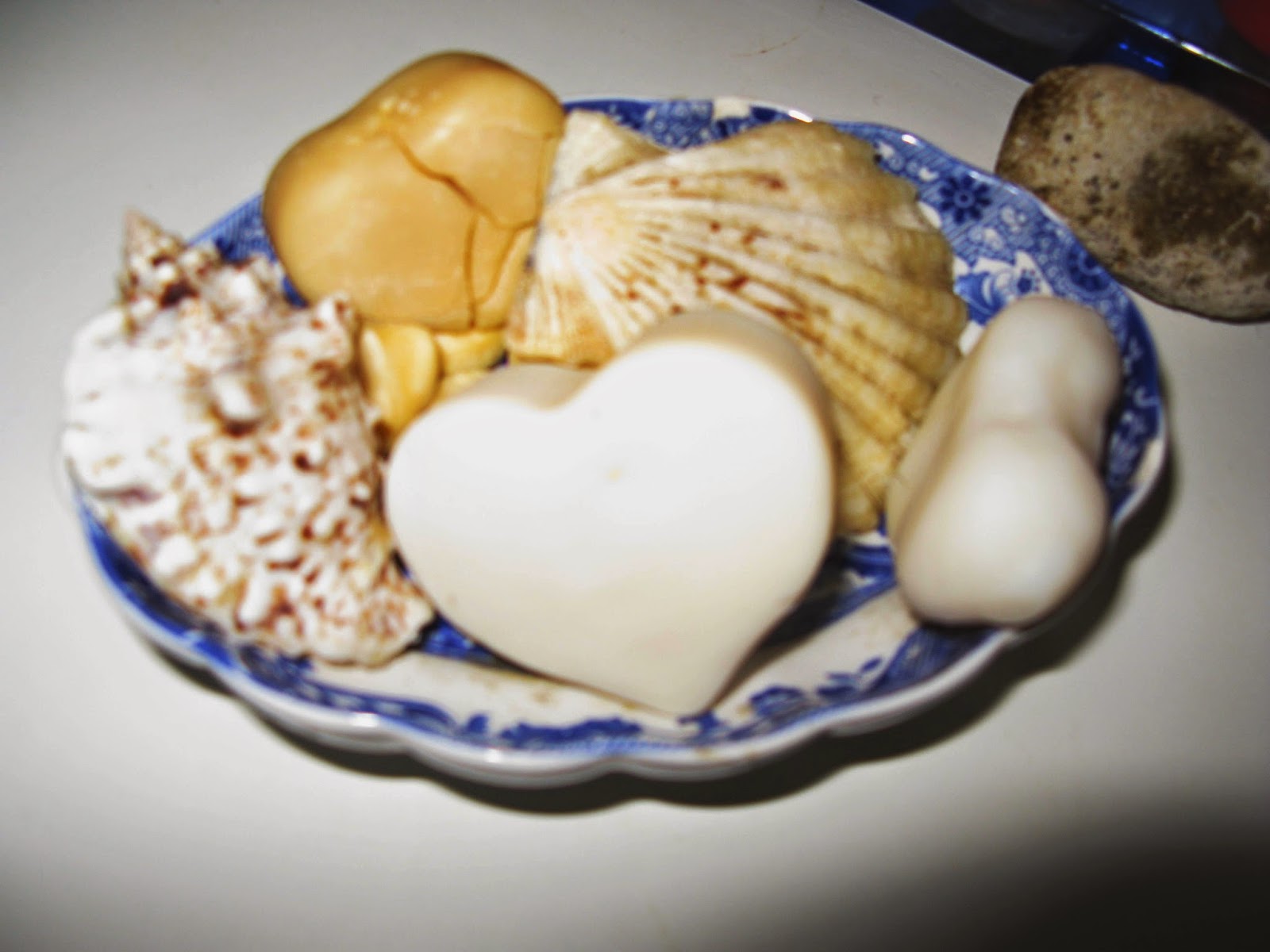 Here is some  packaged ready to give a visitor or caller. 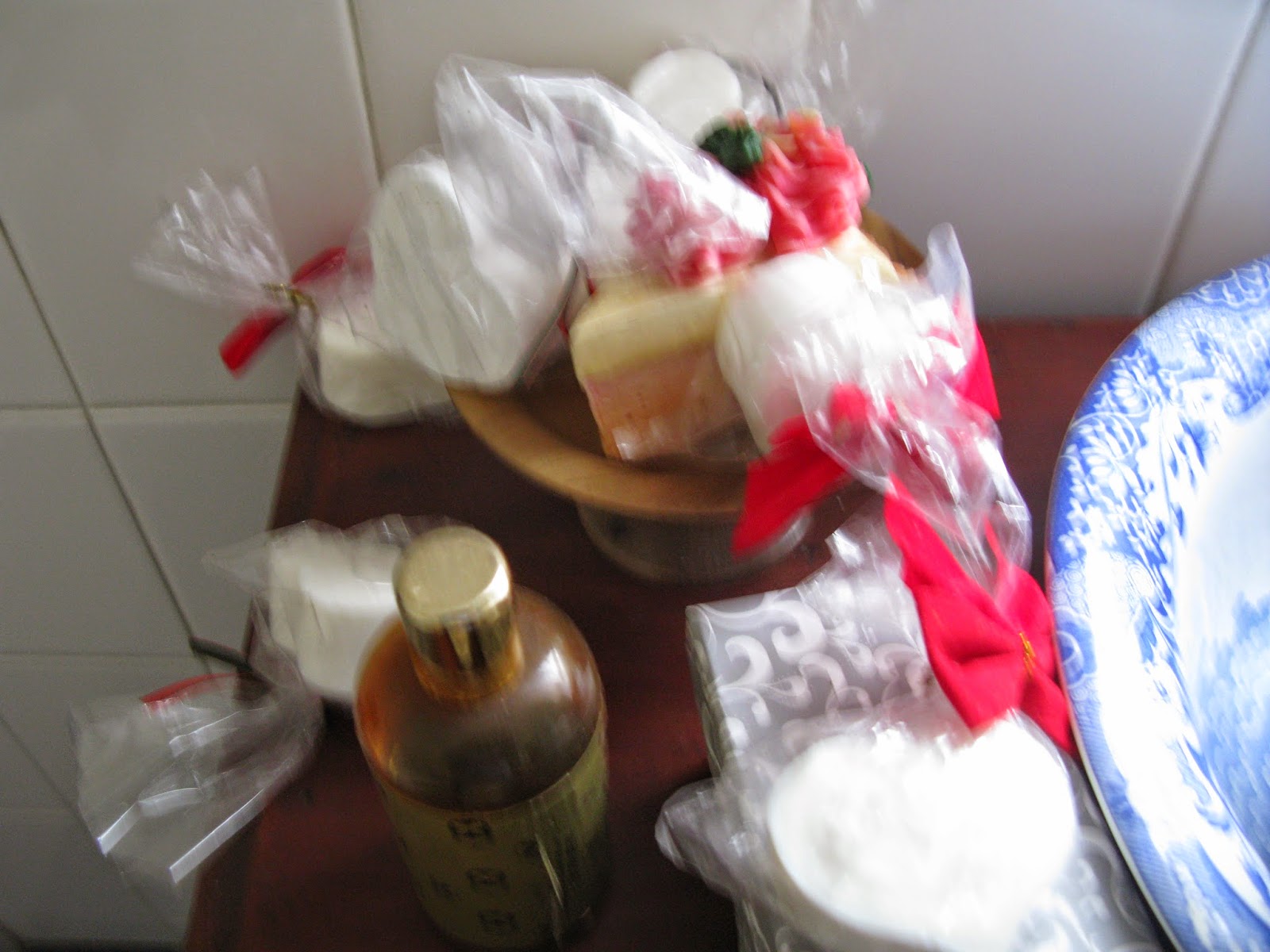 About six weeks ago, I felt the urge to make more soap, and produced a batch of pure coconut soap, using pure coconut oil and coconut milk. It was a little softer than I was used to, but I was told it will get firmer if I leave it for a while - and that is what is happening. 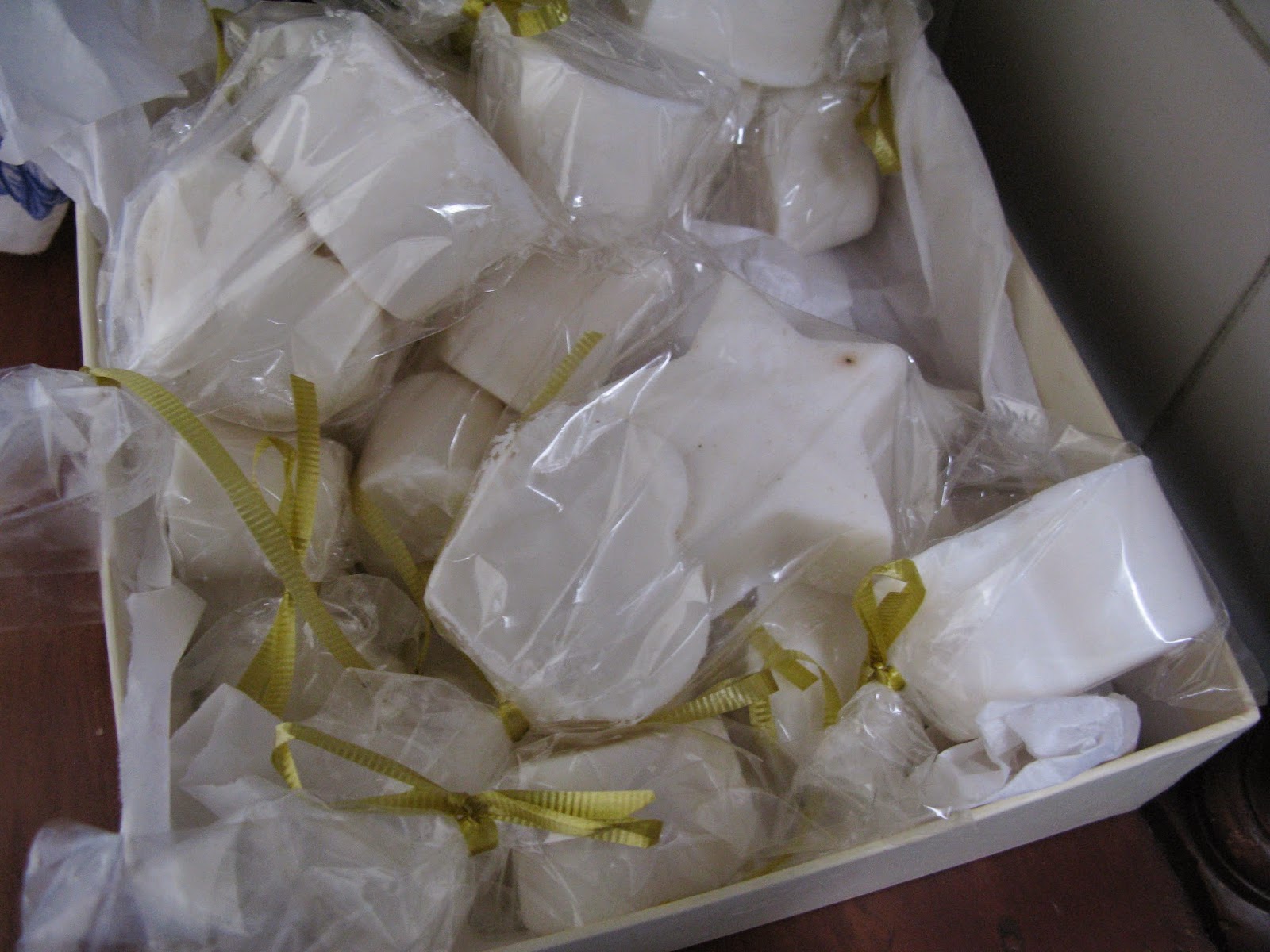 This past week I have been busy making several more batches, trying out new recipes and ideas, and making use of all sorts of different fats and oils. The jug below contains coconut and olive oil. 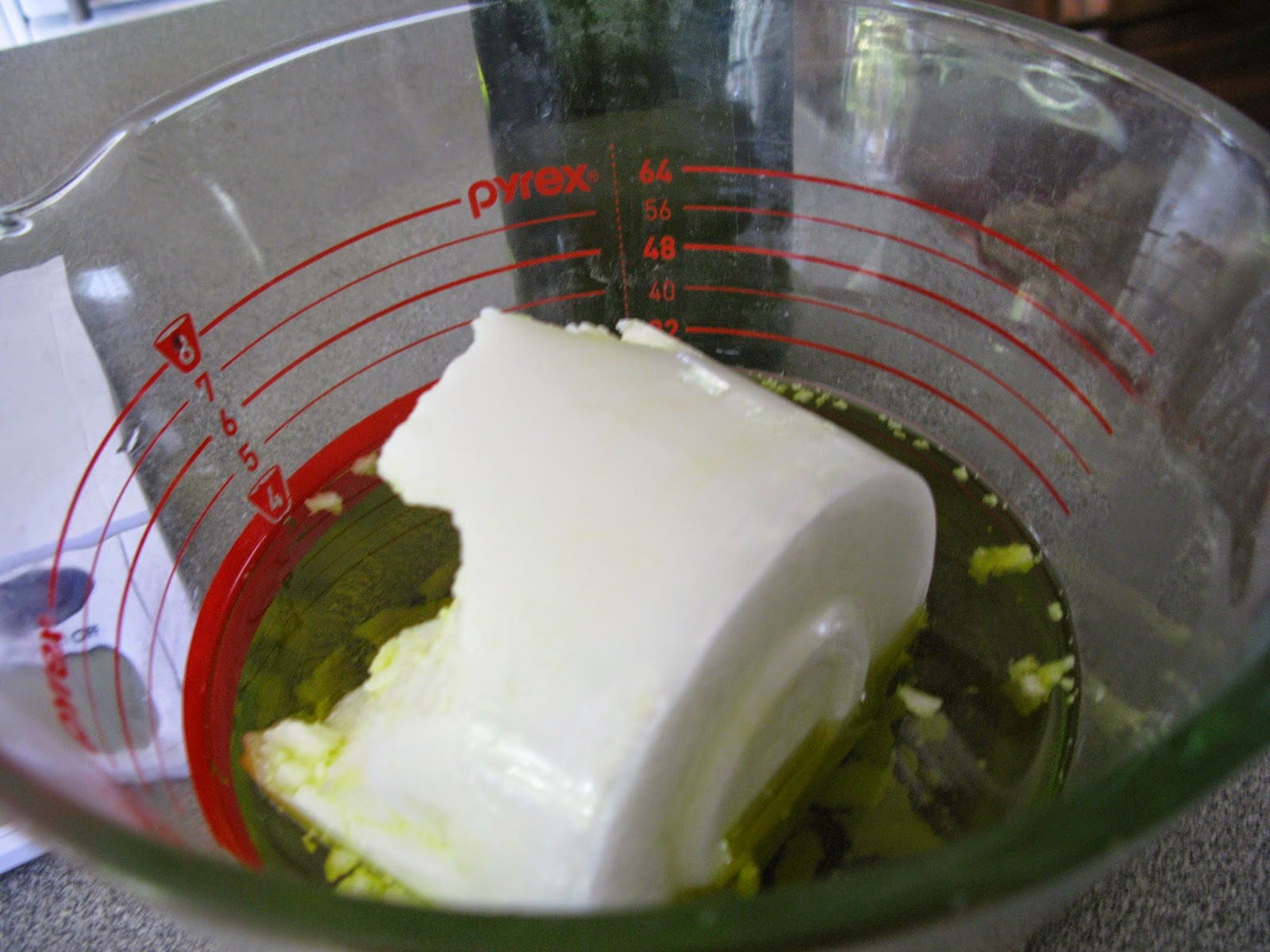 These ones contain oatmeal, and I have made them in a variety of shapes. 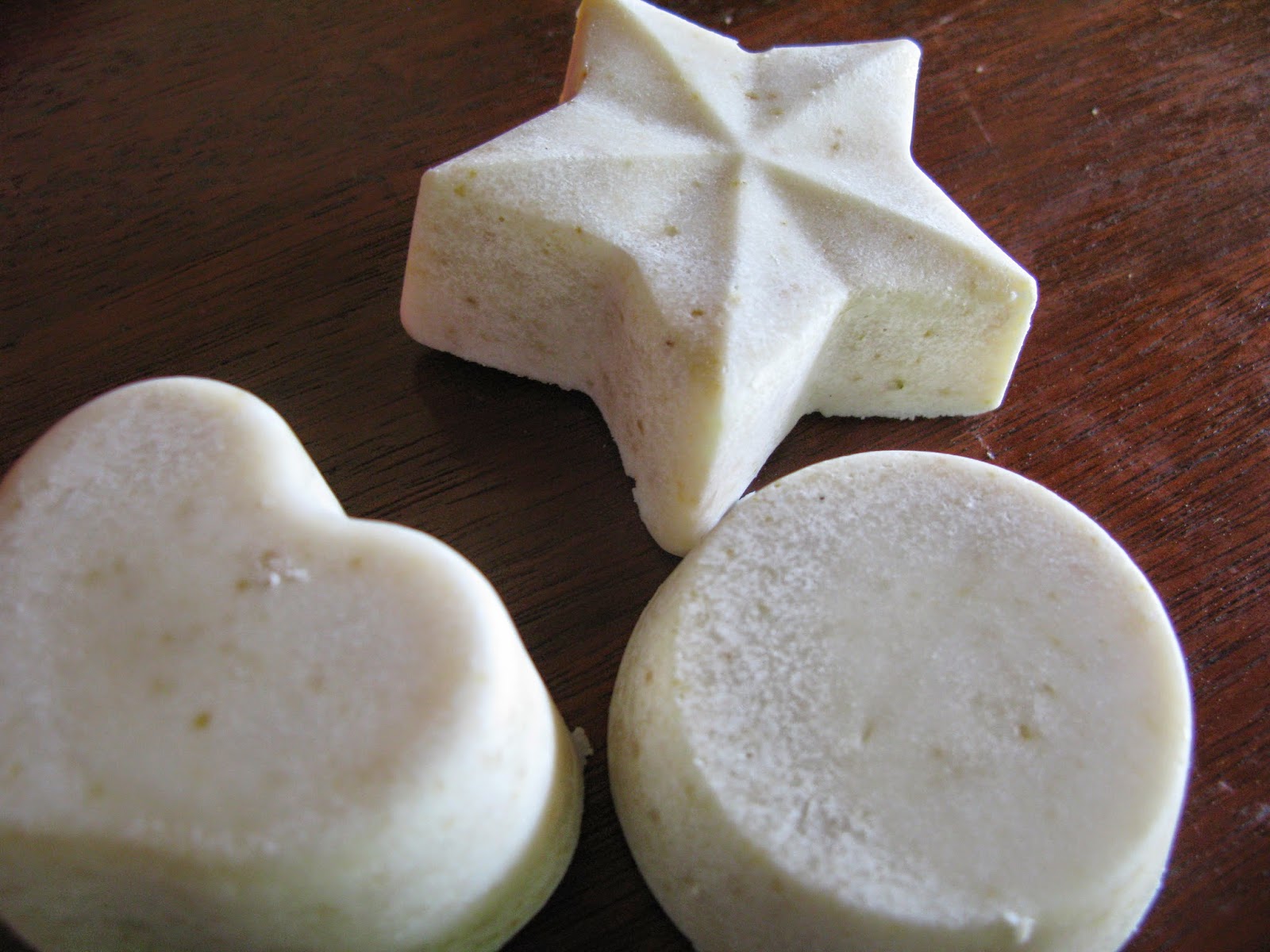 This the first batch I made in a bar, which I later sliced up. They will probably get used in the laundry and the washing up sink. 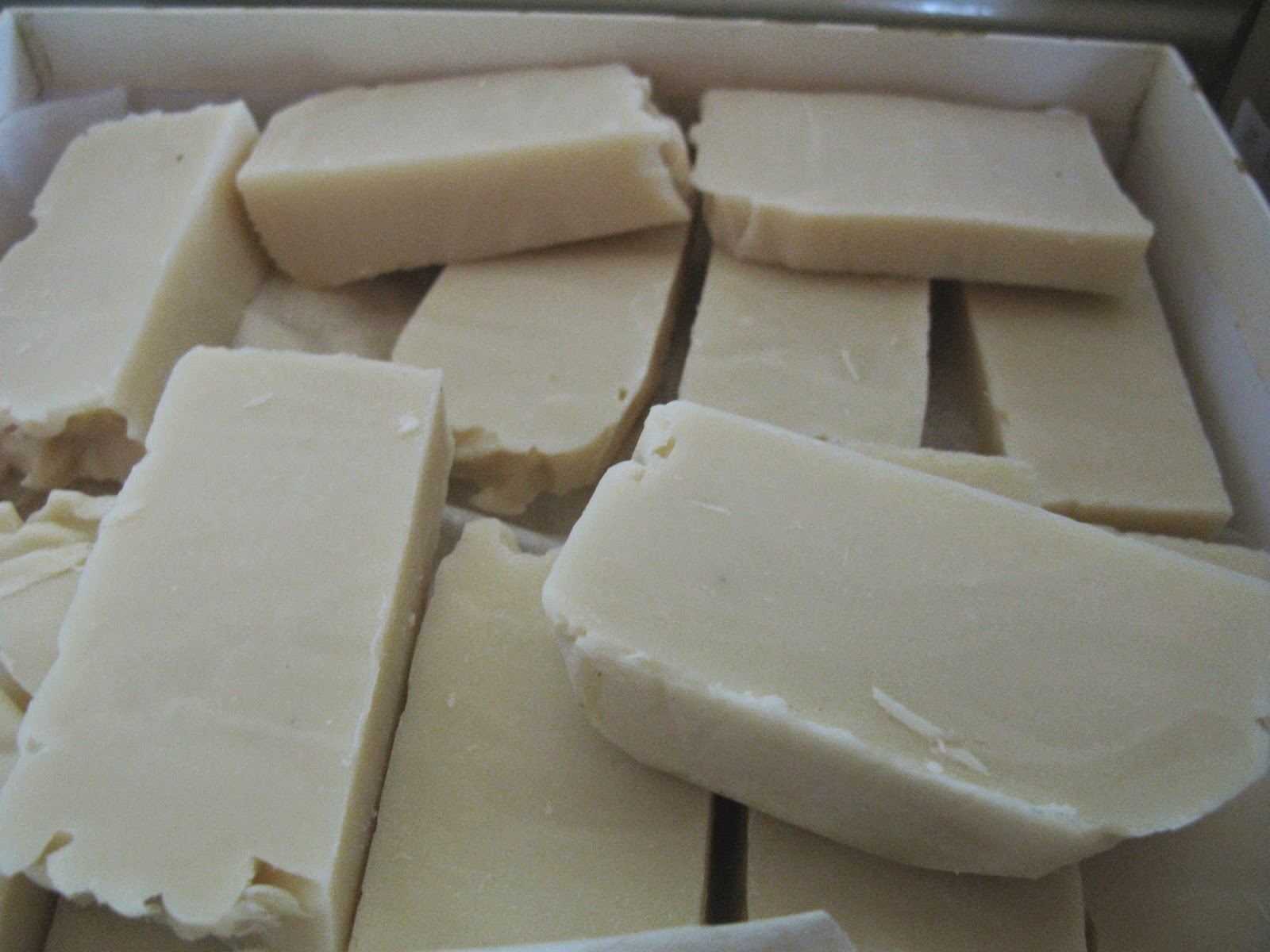 And here is the special goat's milk soap, which I made using half a litre of fresh goat's milk which Liam was given when he visited the Hilli Goat Farm. It crumbled a little when I sliced it, I think I should have left it longer. But I can't wait to try it. 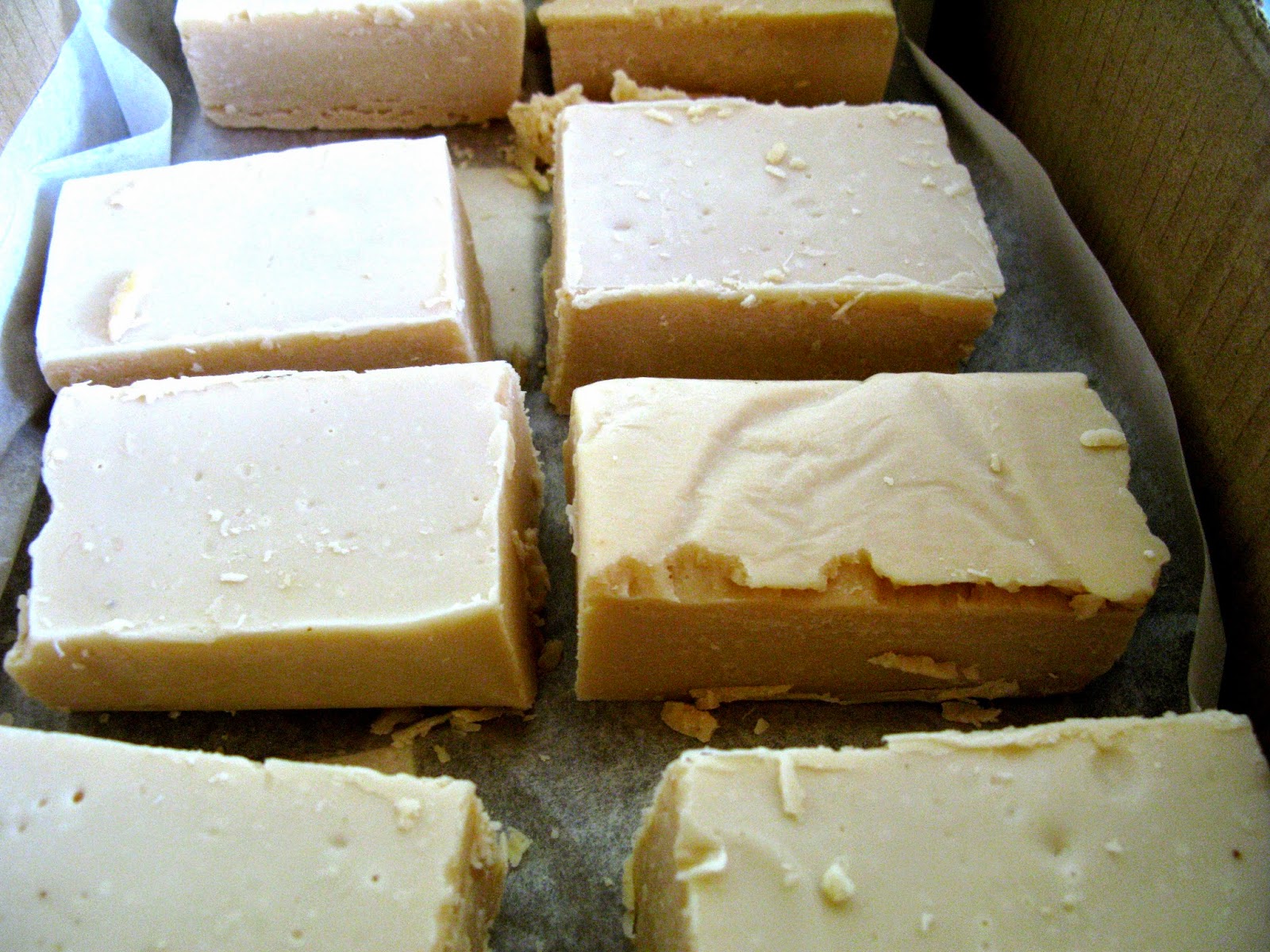 I am getting quite a collection of moulds, and Annette has lent me some more. 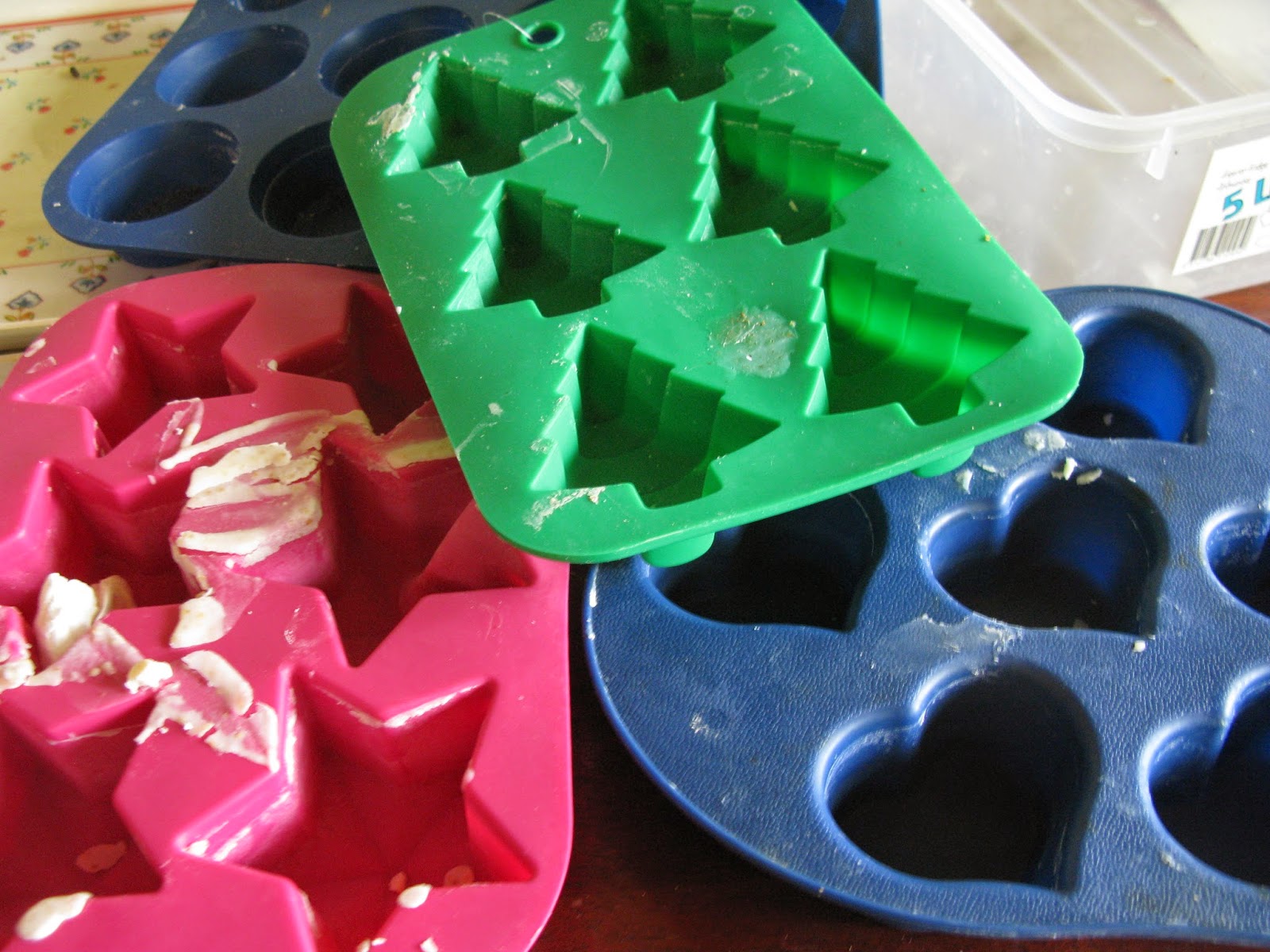 The olive/coconut soap has more natural colour than my previous efforts. 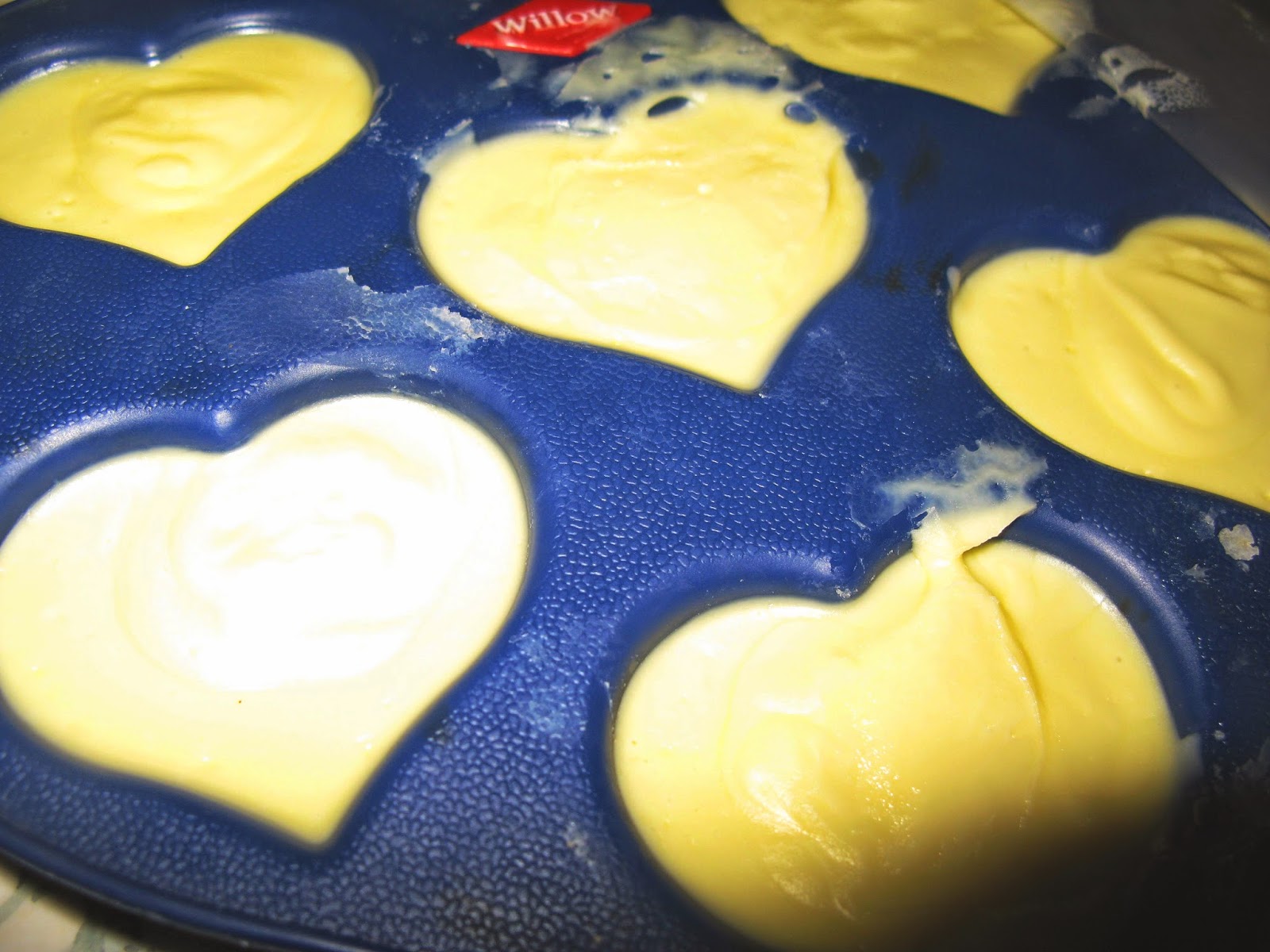 In one of my earlier attempts, I used food colouring, but it soon faded. I am going to try beetroot juice next time! 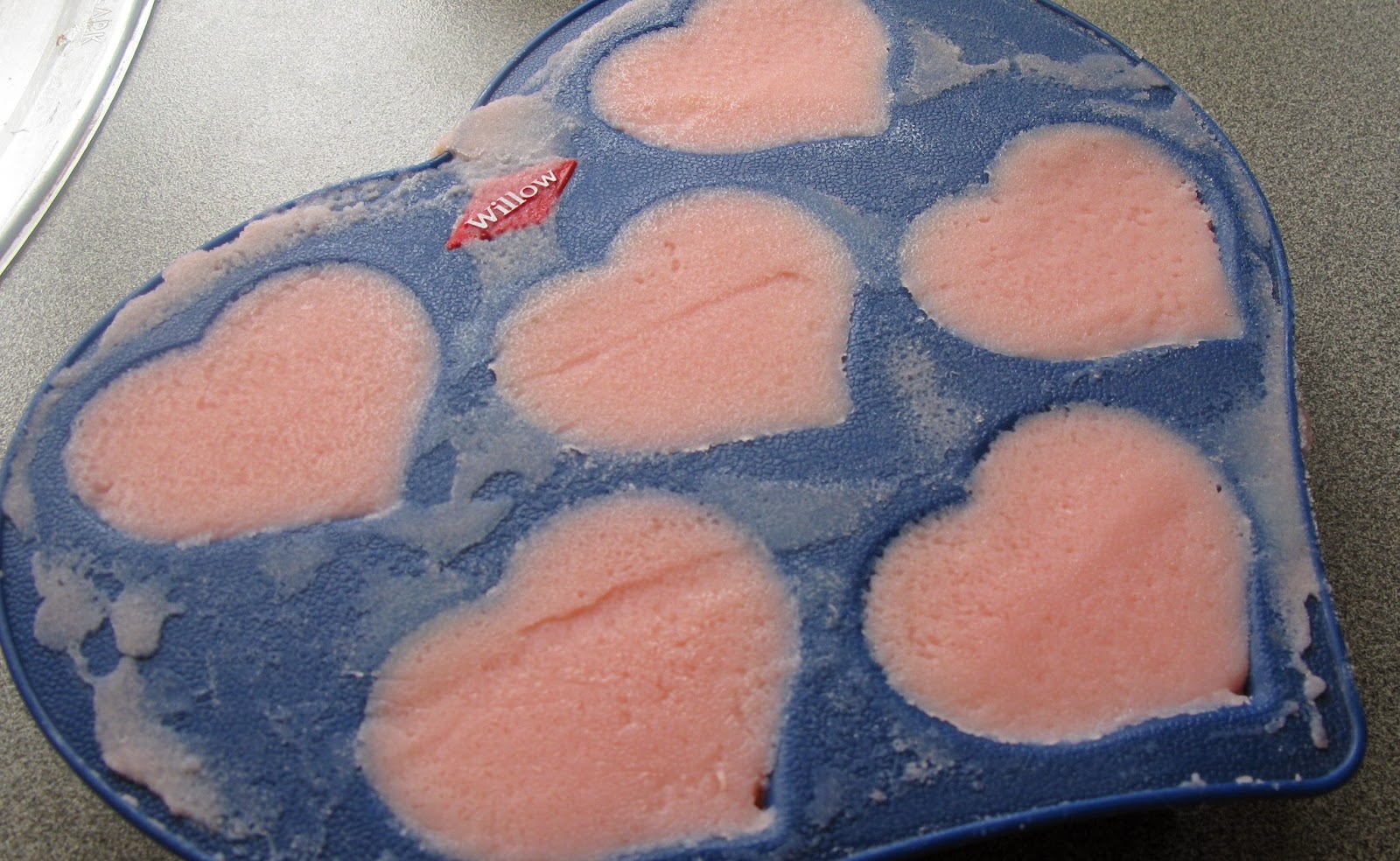 Posted by Mary on Norfolk Island at 1:06 pm 2 comments: